Contained within the 1st Edition (1906) of the Atlas of Canada is a map that shows the rail companies that operated in for British Columbia and Yukon circa 1904. The railway lines are indicated in black, and the territory tributary to each line is shown in colours. An overprint note, in blue, gives some updated information. Any point in the area coloured green, is in a closer proximity to a specific station on the Intercolonial railway, then to a station on any other system. This method is similarly applied to the Mackenzie & Mann System in yellow. The map includes statistics of the mileage, rolling stock, receipts, cost of construction and the cost of maintenance of the various railway lines for 1903-04. Some mileage data is as of 1905. The table also gives the Canadian total for these statistics as of June 30, 1904. The map displays the railway systems running across the border and into part of the U.S., but they do not own or control the Canadian railways. 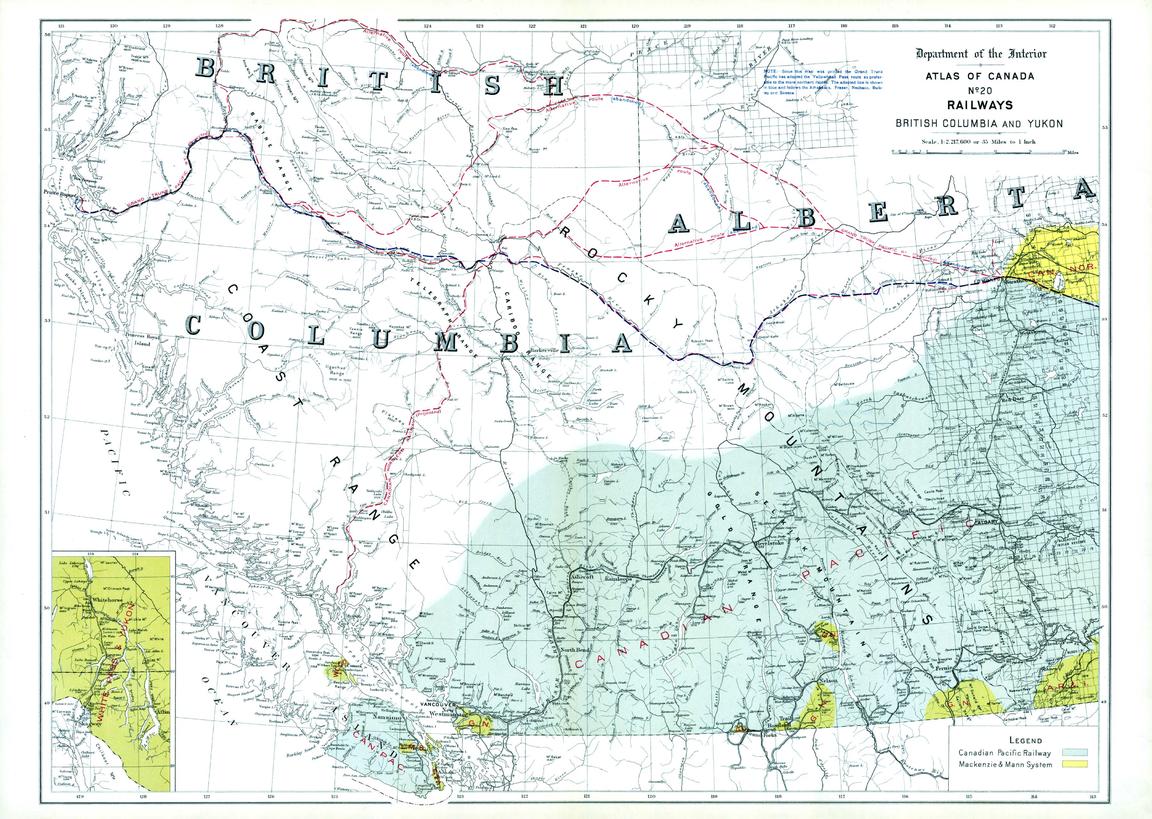