The 1:30M version won Best Printed Map  from the British Cartographic Society (BCS) who also awarded it the BCS Cup for the best overall map. The classic design of muted colours and hill shading give an antique feel to the map. The map features insets of the two polar regions as well as an enlargement of Central Europe, all with an increased level of detail than the medium map. Uniquely, the map also includes explanatory text about the Tropics of Cancer and Capricorn, the Arctic and Antarctic Circles as well as an Analemma which shows which day of the year the sun is directly overhead and how sun time compares to clock time. 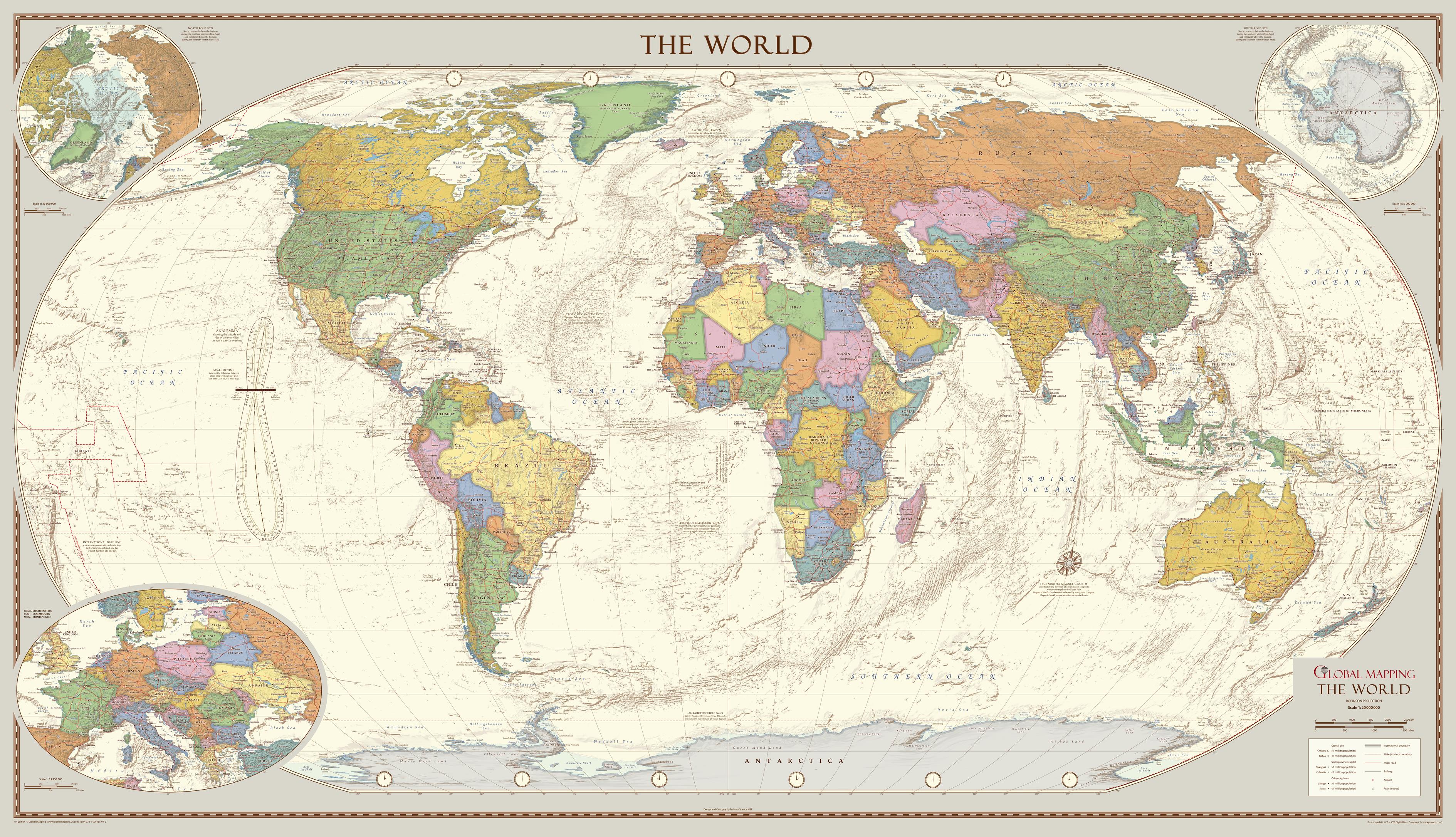