The Scottish Catalan European Union 2019 Post-Brexit Political wall map is ideal for the office or educational environment. This unique Scottish EU map features political colouring showing Europe and the member countries of the European Union. All major Towns, Roads, Rivers and Lakes are shown on this map. This map shows the British Isles as they would appear if Scotland became independent and chose to remain in the EU. It also shows Catalonia / Catalunya as independent within the EU. If you are a YES supporter in favour of independence for Scotland then this is the map for you! 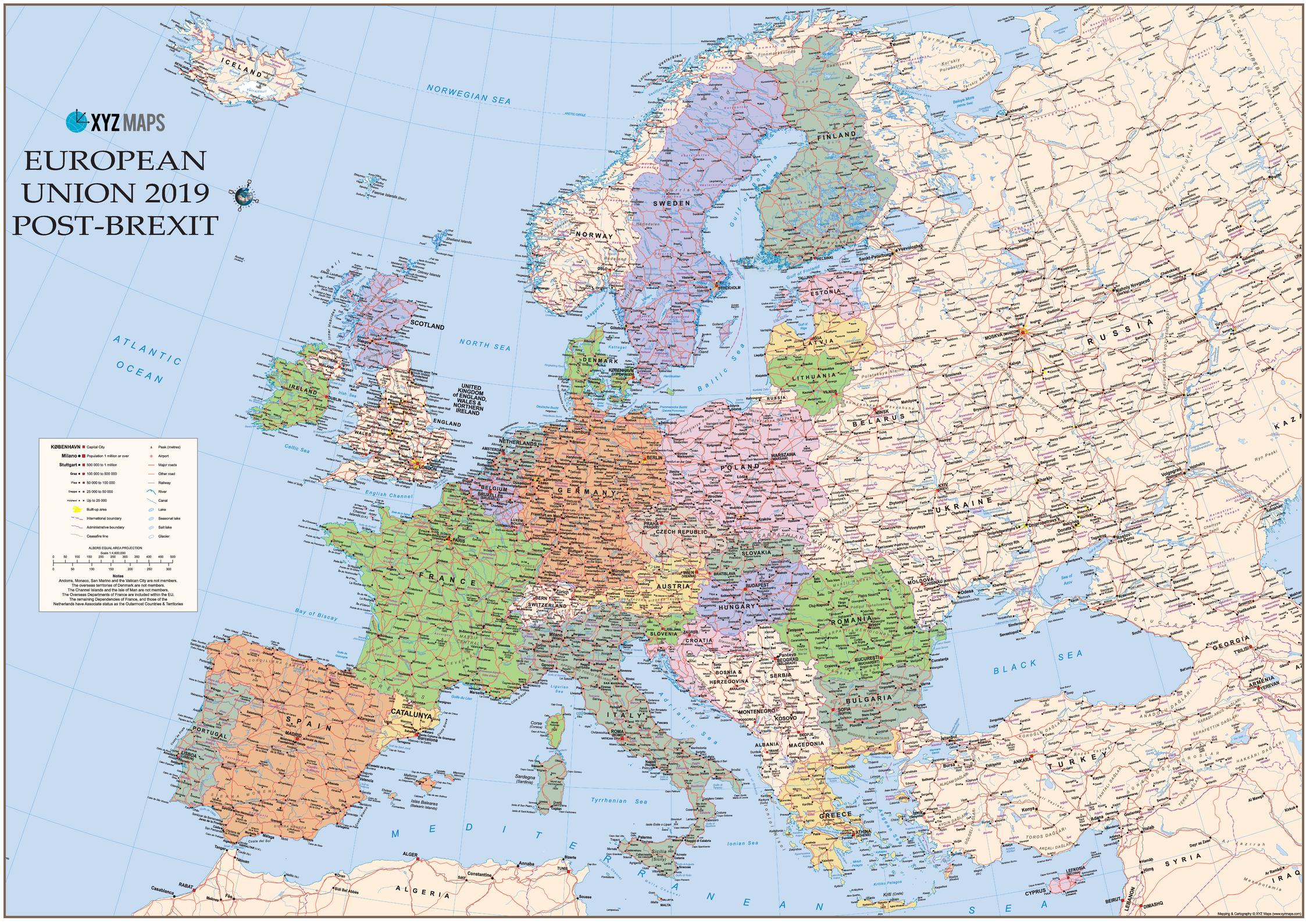