The Scottish British Isles Political wall map is ideal for the office or educational environment. This unique Scottish British Isles map features political colouring showing the Counties of the United Kingdon of England, Wales & Northern Ireland (rUK), Scotland and Ireland. All major Towns, Roads, Rivers and Lakes are shown on this map. This map shows the British Isles as they would appear if Scotland became independent. If you are a YES supporter in favour of independence for Scotland then this is the map for you! 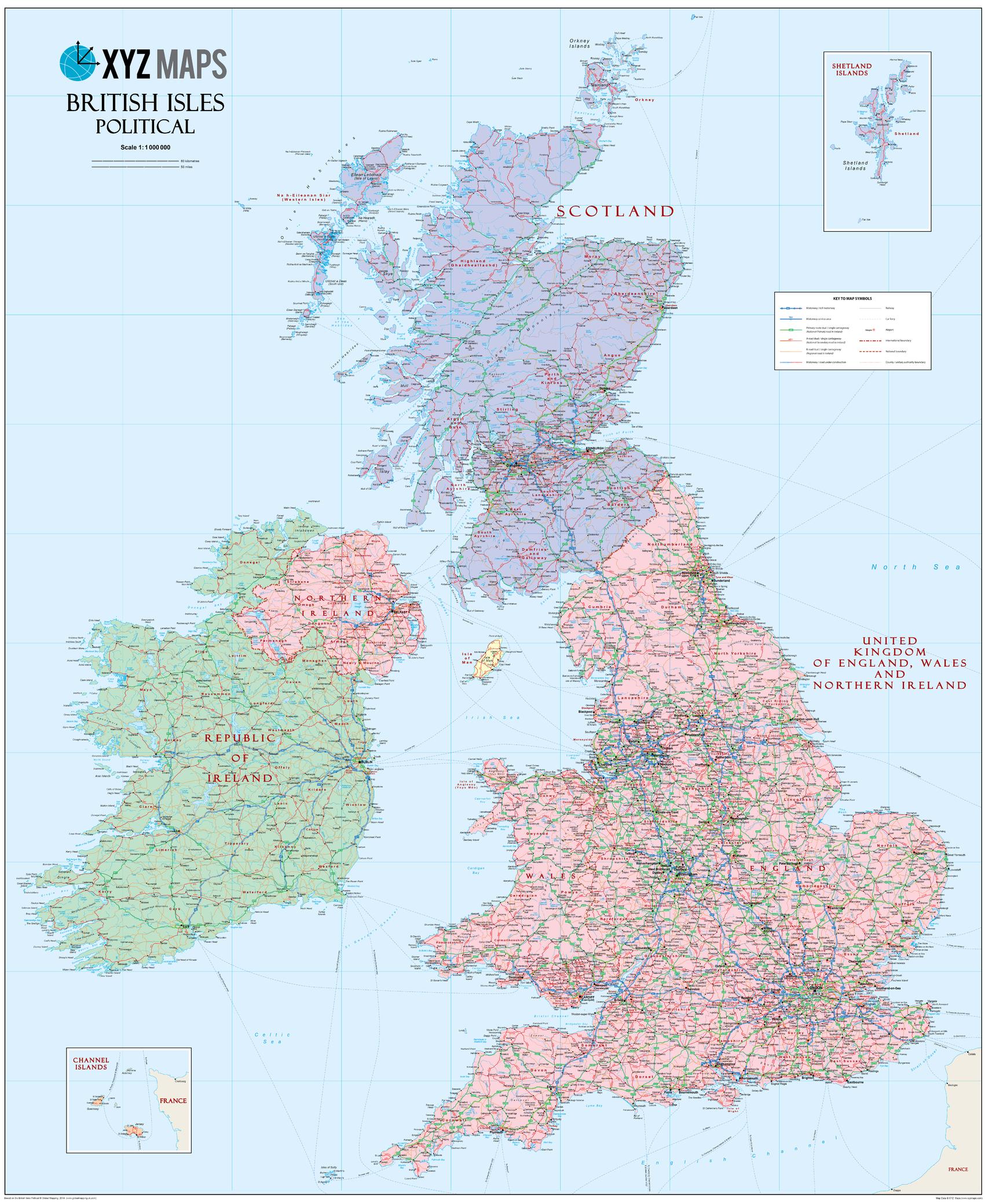