The Stanford’s Tourist Map of Europe is from a fascinating series of reproductions from our Edward Stanford Cartographic Collection archive. Published by Stanford’s Geographical Establishment in May 1928, this map shows country borders in contrasting colours and the network on main and subsidiary railway lines. Coverage includes the southern coastline of the Mediterranean, extends to the eastern coast of the Black Sea, but in the north only the southern part of Scandinavia is included. The map shows Europe with its post-Versailles borders; British Isles have the same red border for both GB and the whole of Ireland, but acknowledging the existence of the “Irish Free State”. International borders along the southern and the eastern Mediterranean indicate colonial or mandated possessions. Within all the countries map shows main and subsidiary railway lines, displaying the great contrast between the extensive networks within Germany, most of England or northern France and the less densely covered eastern and south-eastern parts of Europe. Within Russia the railway linking St. Petersburg to Moscow with the kink (straightened in 2001) in the line known as the "Tsar's finger" catches one’s eye. Latitude and longitude lines are drawn at 2° intervals. 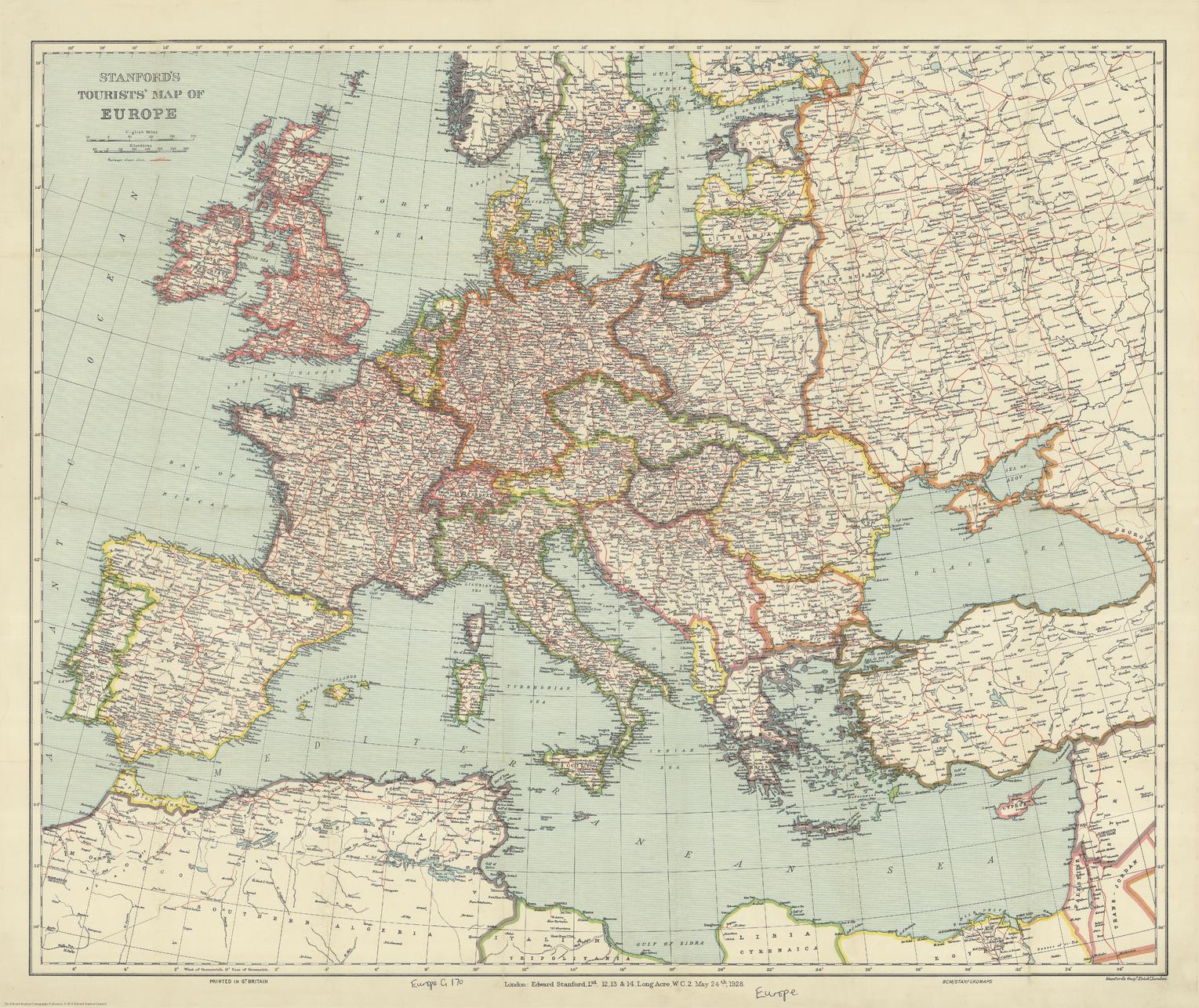