Stanford's Map of the Siberian Railway (1904)

The Stanford’s Map of the Siberian Railway is from a fascinating series of reproductions from our Edward Stanford Cartographic Collection archive. Depicting the great land route to China and Korea, this map was published by Edward Stanford, Long Acre on the 1st February 1904. This vital rail route was also known as the Moscow Highway or the Tea Route because of the large quantities of tea exported from China. It connected European Russia to Siberia and China. Construction started in 1730 and was not completed until the mid 19th-century. Until the Tran-Siberian Railway was built in 1916, the Siberian Railway route was the longest and most famous. This is a beautifully detailed map that will appeal to anyone with an interest in railway history. 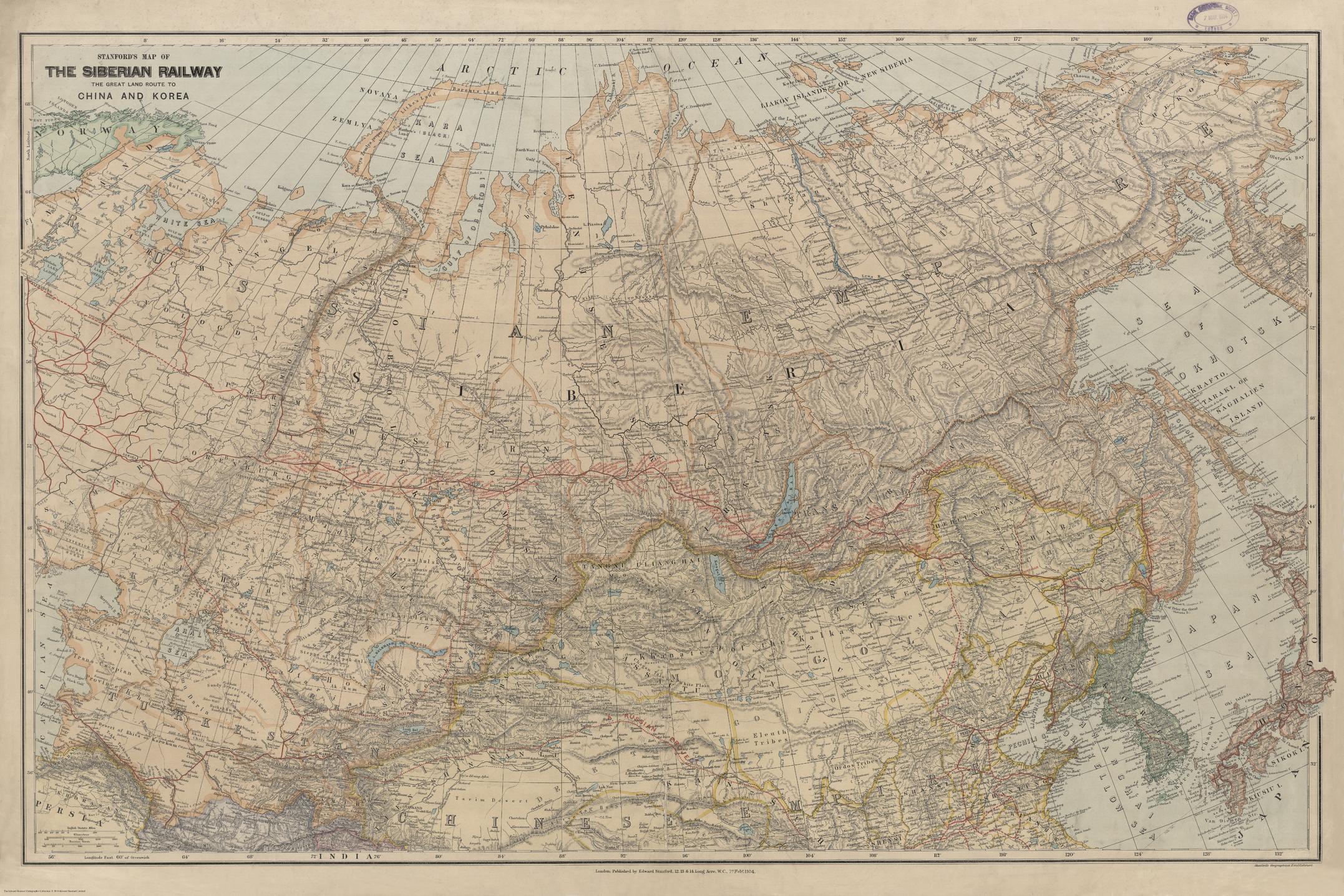