This map is from a fascinating series of reproductions from our Edward Stanford Cartographic Collection archive. The Stanford’s Map of the County of London, According to the Local Government Act 1888, to give it its full title, presenting the administrative division of the capital and indicating the boundaries of both the Electoral Divisions returning two members to the County Council and of the Urban Sanitary Districts with control of main roads under the Highways and Locomotives (Amendment) Act of 1878. The colouring and the boundaries are overlaid on a street plan with names of main and selected smaller streets, graphics indicating parks and other common land, railway lines, etc. Hachures show the topography with the hills of north and south London clearly marked. This is London which, administratively, extends north of the Thames between Hammersmith, Hampstead, Stamford Hill and Poplar, and south of the river between Putney, Streatham, Lower Sydenham and Eltham (although the map itself extends a bit further out, particularly in the north-east). An interesting feature is the inclusion within the County of London of a small area outside its overall boundary – the site of the present day Leg of Mutton Nature Reserve in Barnes. 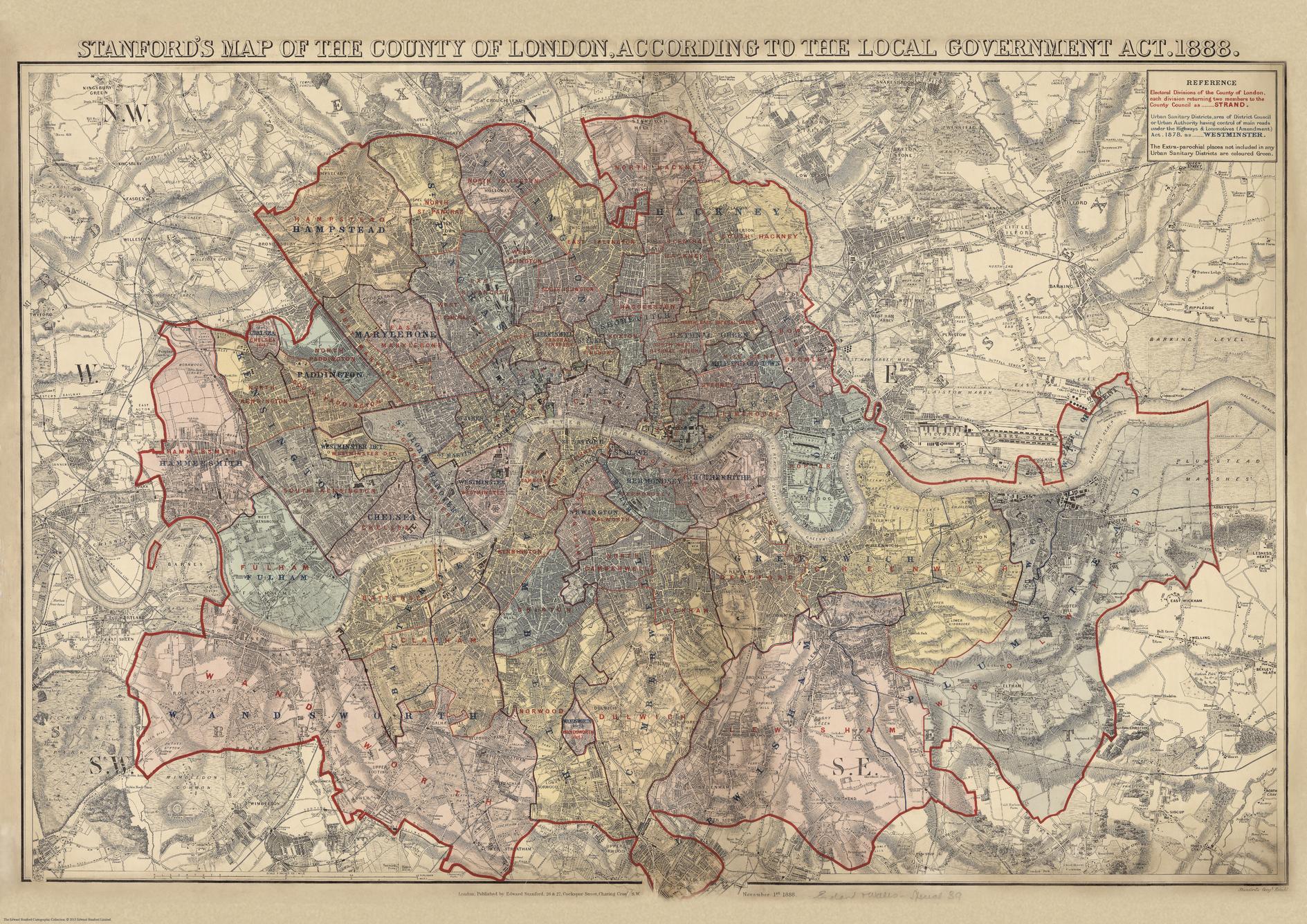