The Stanford’s Map of South America is from a fascinating series of reproductions from our Edward Stanford Cartographic Collection archive. This reproduction of a map published in 1879 by the founder of our company, Edward Stanford. It was constructed in 1864 by Alexander Keith Johnston who was a geographer in Edinburgh for the Queen. The continent is shown already in its port-colonial stage but with many international borders not yet fixed and different from today’s. An interesting feature of the map is the presentation of several disputed regions, between Bolivia and Paraguay, Peru and Ecuador, or Brazil and the “Granadian Confederation” (present day Colombia). When this map was made, Guyana was British Guiana and Suriname was Dutch Guiana. Central America is also shown in slightly less detail up to the Southern part of Guatemala and some of the Caribbean islands are included up to the southern tip of Dominica. Topography is indicated by hachures and many tributaries of the Amazon, the Orinoco and the Parana are named. Latitude and longitude lines are drawn at 5° intervals. This reproduction has been taken from an original cartographic scale of 1:5,275,000 on a 31x28” map that was made out of four sheets. 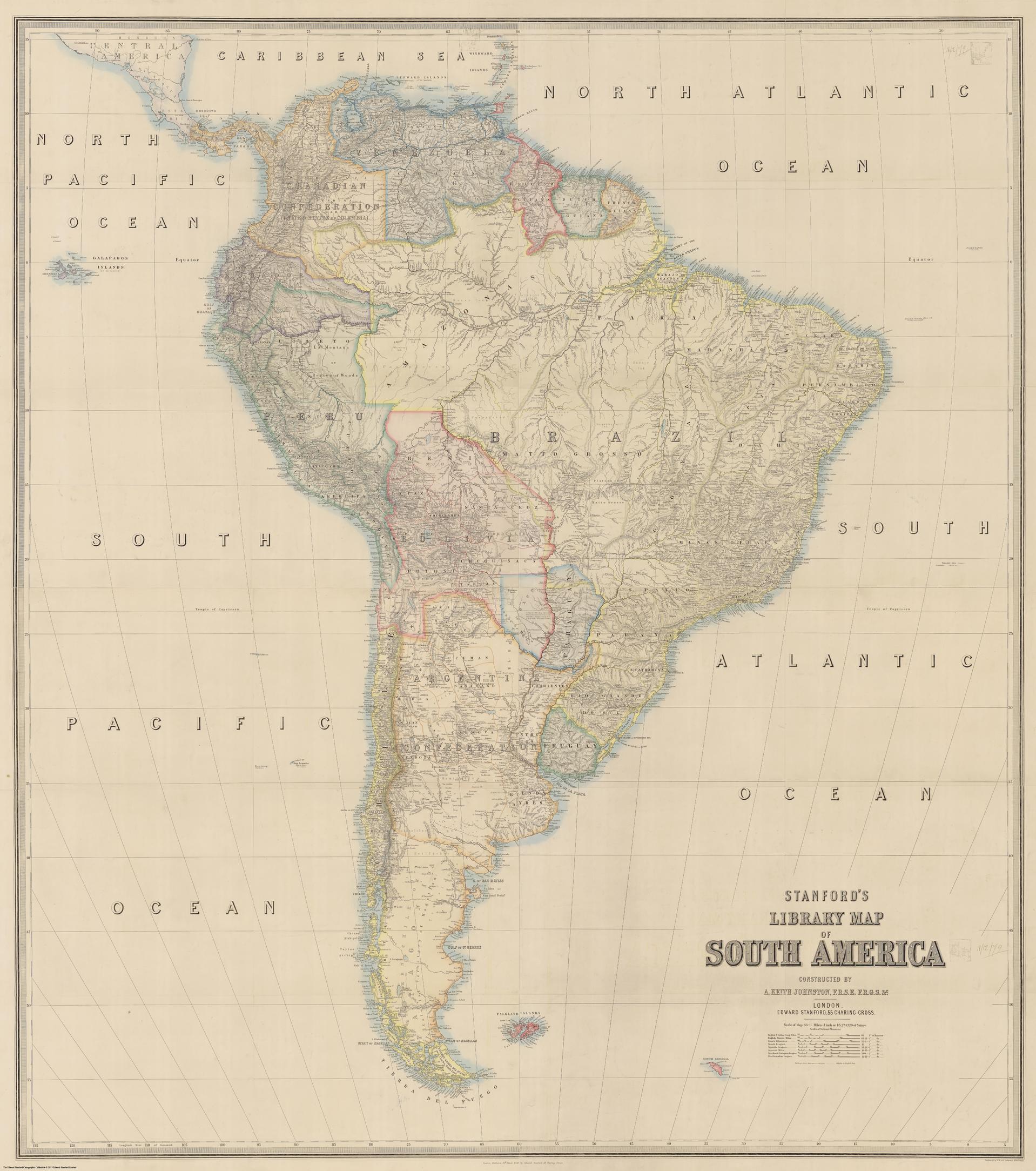