This map covering Victorian London during a period of rapid expansion and improvement is from a fascinating series of reproductions from our Edward Stanford Cartographic Collection archive. Stanford’s Library Map is one of the great maps of London. It shows the city at a key time of the development of the metropolis and the impact of the railway. Our founder, Edward Stanford took the Ordnance Survey 12 inch to a mile sheets of their Skeleton Survey (showing outline and elevation only) for the Metropolitan Commissioners of Sewers, and despatched his own surveyors to complete immense quantity of detail for which this map is notable. Originally at a scale of 1:10560 a 14x16”map in a series of 24 which included surrounding areas. This map is in black and white and is extremely detailed, naming streets and marking major buildings. The map coverage is of central London and extends out to Marylebone and Knightsbridge to the west showing some of Hyde Park. The northern point includes Bloomsbury and the British Museum. It extends down to Victoria Station and Lambeth Bridge and shows a small portion of Lambeth and Waterloo south of the river. This lovely map will appeal to anyone interested in this great city. 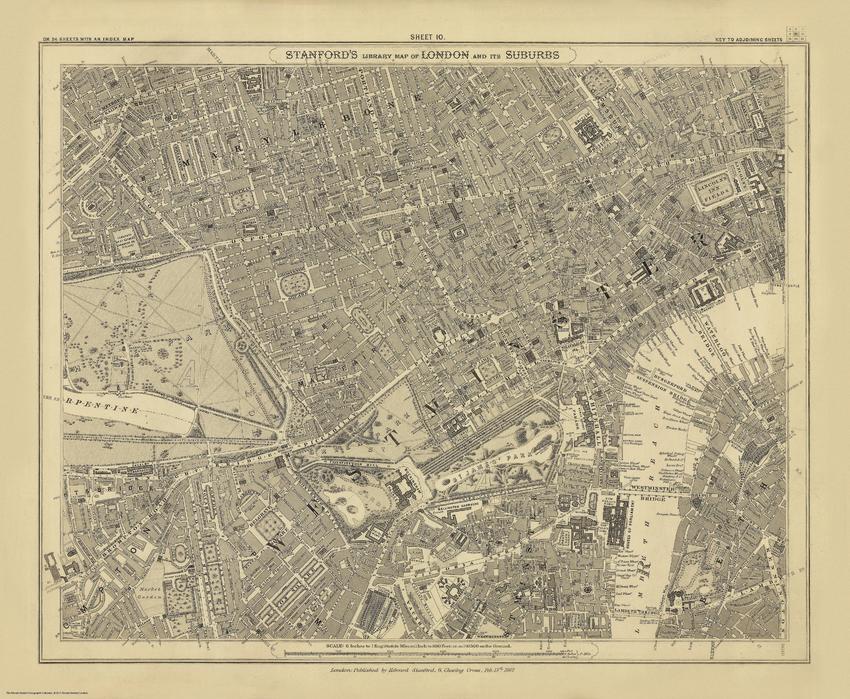