The Stanford’s Asia Map is from a fascinating series of reproductions from our Edward Stanford Cartographic Collection archive. This map was made by the famous cartographer John Arrowsmith and published by Stanfords in 1884. Country boundaries are outlined in bright colours while the pale background with subtle hachure to show the mountain ranges makes the numerous place names easy to read. Many smaller tributaries of the continent’s great rivers are named, from the Ob, the Yenisei and the Lena in the north to the Ganges or the Irrawaddy in the south and the Yangtze in the east. Coverage extends to the Equator, so the southern part of Indonesia is not included. While the north of the continent looks as it was 100 years later except for the changes in the European part of Russia, Central Asia and the Middle East are much different from now, Mongolia is still part of China, etc. Names of Chinese ports open to foreign commerce after the Second Opium War are underlined; “Hong-kong I. & Victoria” are duly annotated with Cy for colony. Latitude and longitude lines are drawn at 5° intervals. 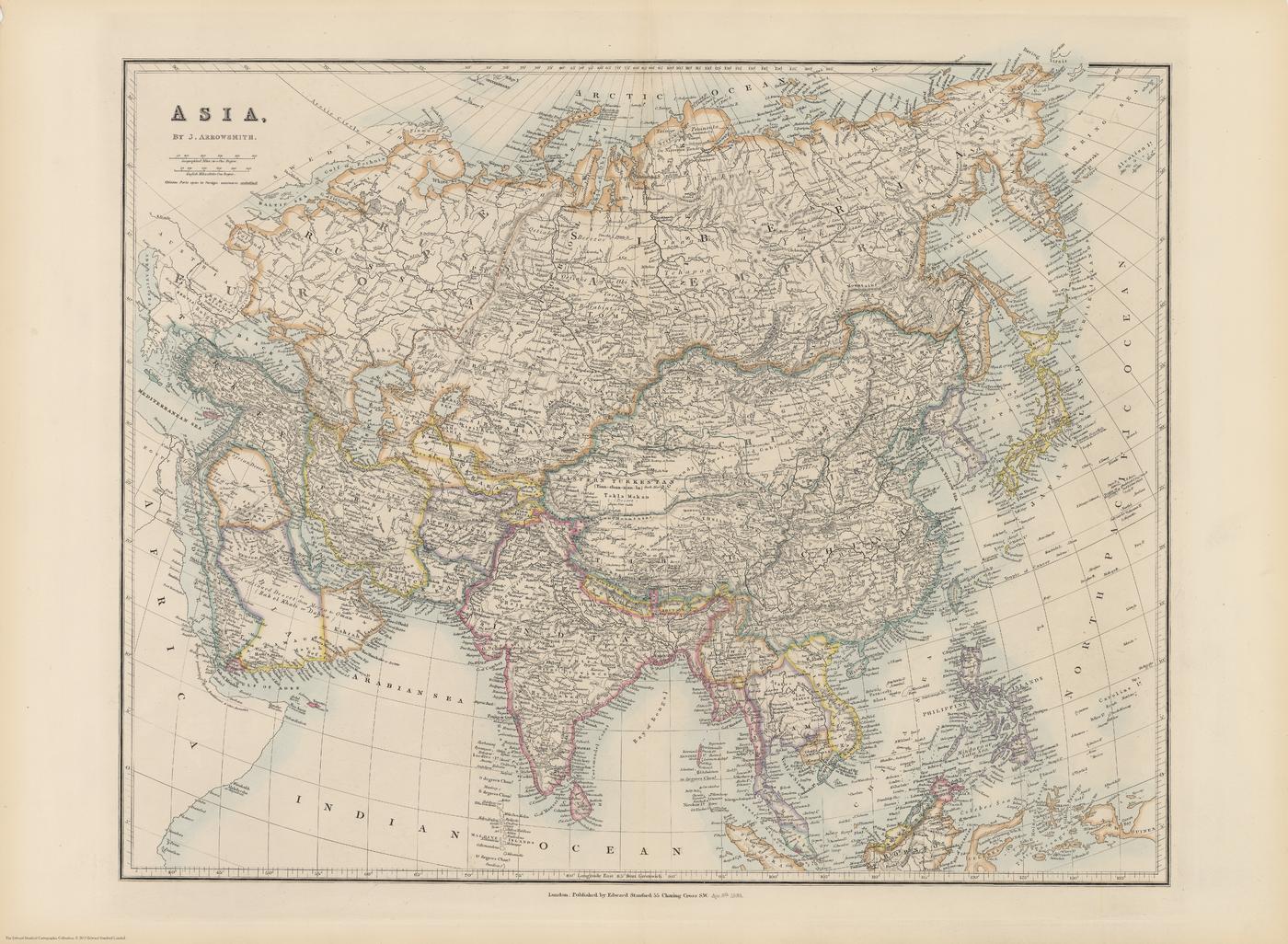