Resized so that the short side is equivalent to 2A0 short side. The Stanford’s Map of The Eastern Hemisphere is from a fascinating series of reproductions from our Edward Stanford Cartographic Collection archive. The original map from 1877 was drawn by Stanford’s Geographical Establishment and “published under the direction of the Committee of General Literature and Education Appointed by The Society for Promoting Christian Knowledge and of the National Society”. Individual countries are presented in gentle pastel hues, typical of hand-coloured maps, with their borders outlined in stronger colours. The publication date of 1877 gives us a Europe of large imperial states, much of Asia is as we know it, but Africa is still in the early stages of colonization with its interior largely unexplored. Hachures are used to show the mountain ranges and many other features of contemporary cartography are included: ocean currents and trade winds, surrounding frames showing the tropical zones and the position of the sun, etc. Latitude and longitude lines are drawn at 10° intervals. Additional panels on this map of the Eastern Hemisphere give the continents as viewed from the two poles. At the bottom there is a comparative series of vertical cross-sections showing the principle elevations of each continent on their respective parallels of latitude. They are also as sections showing them as they stand in relation to each other in their distances from the central meridian. 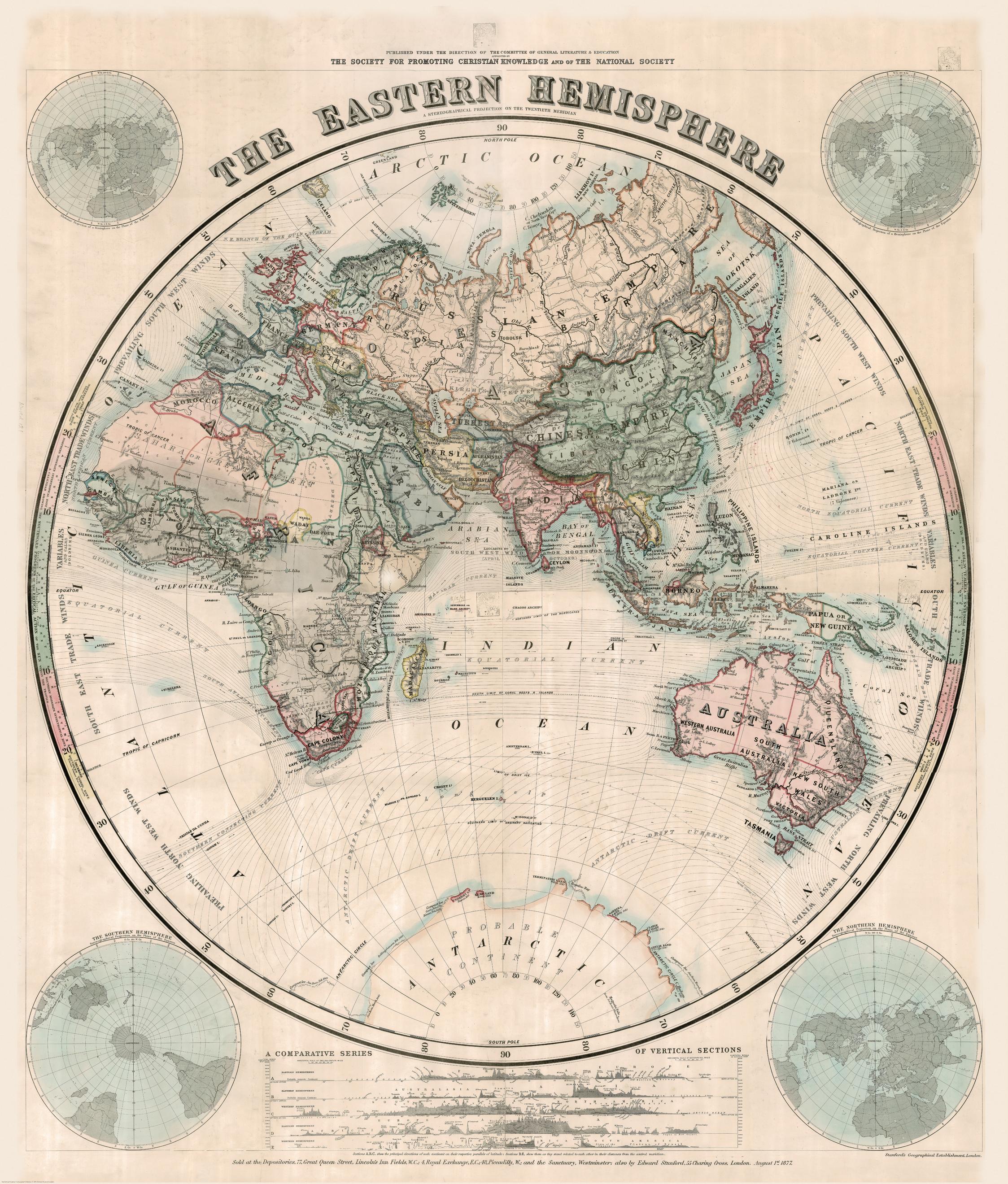