The Stanford’s South Polar Chart is from a fascinating series of reproductions from our Edward Stanford Cartographic Collection archive. Published by E. Stanford. Ltd., London in 1901, this map displays beautiful aqua tones through the contours that show depth in fathoms from sea level. An interesting feature of this chart is that it shows routes of previous polar explorations. The tracks of the following three expeditions are given: The Challenger 1873-76 The German Expedition ‘Valdivia’ 1898-99 The Belgian Expedition ‘Belgia’ 1898-99 Other lines engraved on the chart are: The appropriate limit of the Pack Ice during the Austral Summer Months. Line of freezing point in the air. Northern limit of icebergs. 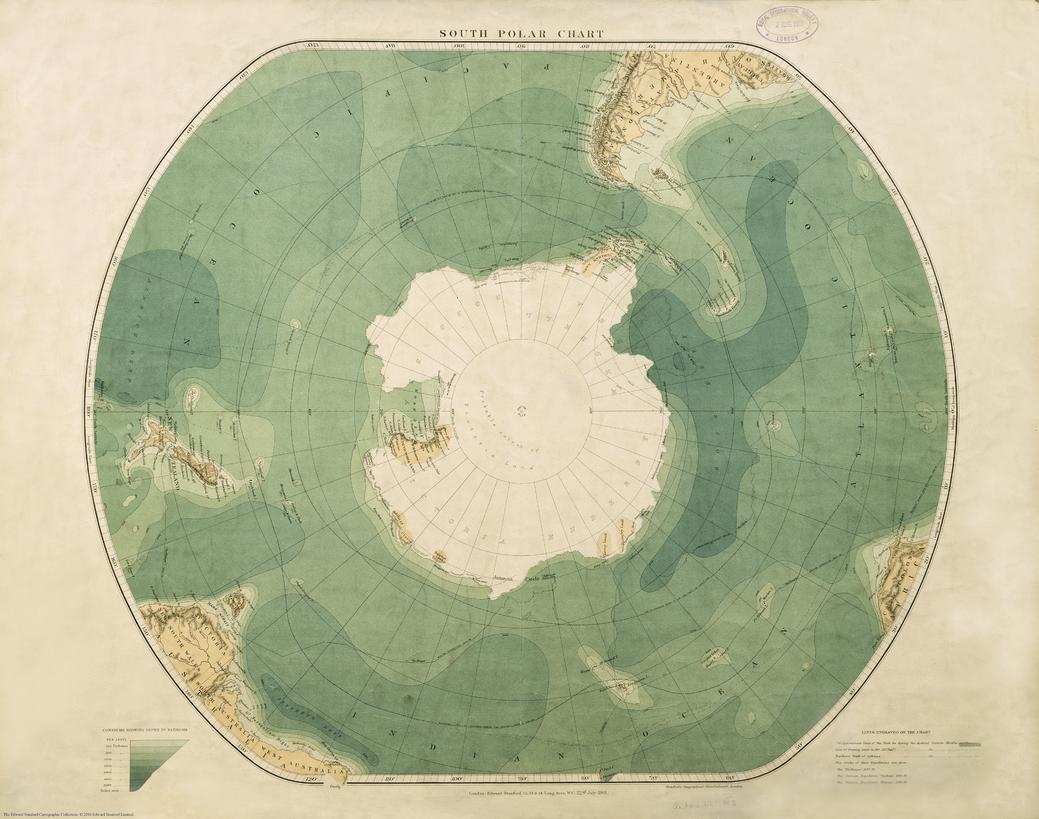