The Stanford’s Pacific-centred World Map is from a fascinating series of reproductions from our Edward Stanford Cartographic Collection archive. Originally published in 1884, this political wall map is drawn on a Mercator’s projection presenting the world with the Pacific Ocean at its centre. Political boundaries are coloured in bold, gradually shading lighter as is typical in maps from this time. Latitude and longitude lines are at 10° intervals. Europe and Africa look very different from today, Asia with many changes mainly in the Middle East, but the Americas mostly unchanged. A particularly interesting feature of the map is the difference in the presentation of the two Polar Regions: the Arctic Ocean with most of its coastline already there, whilst the Antarctic is still in the early stages of exploration and only segments of its coast already mapped. Separate panels show lands contiguous to the North and South Poles, drawn to the equatorial scale of the map. 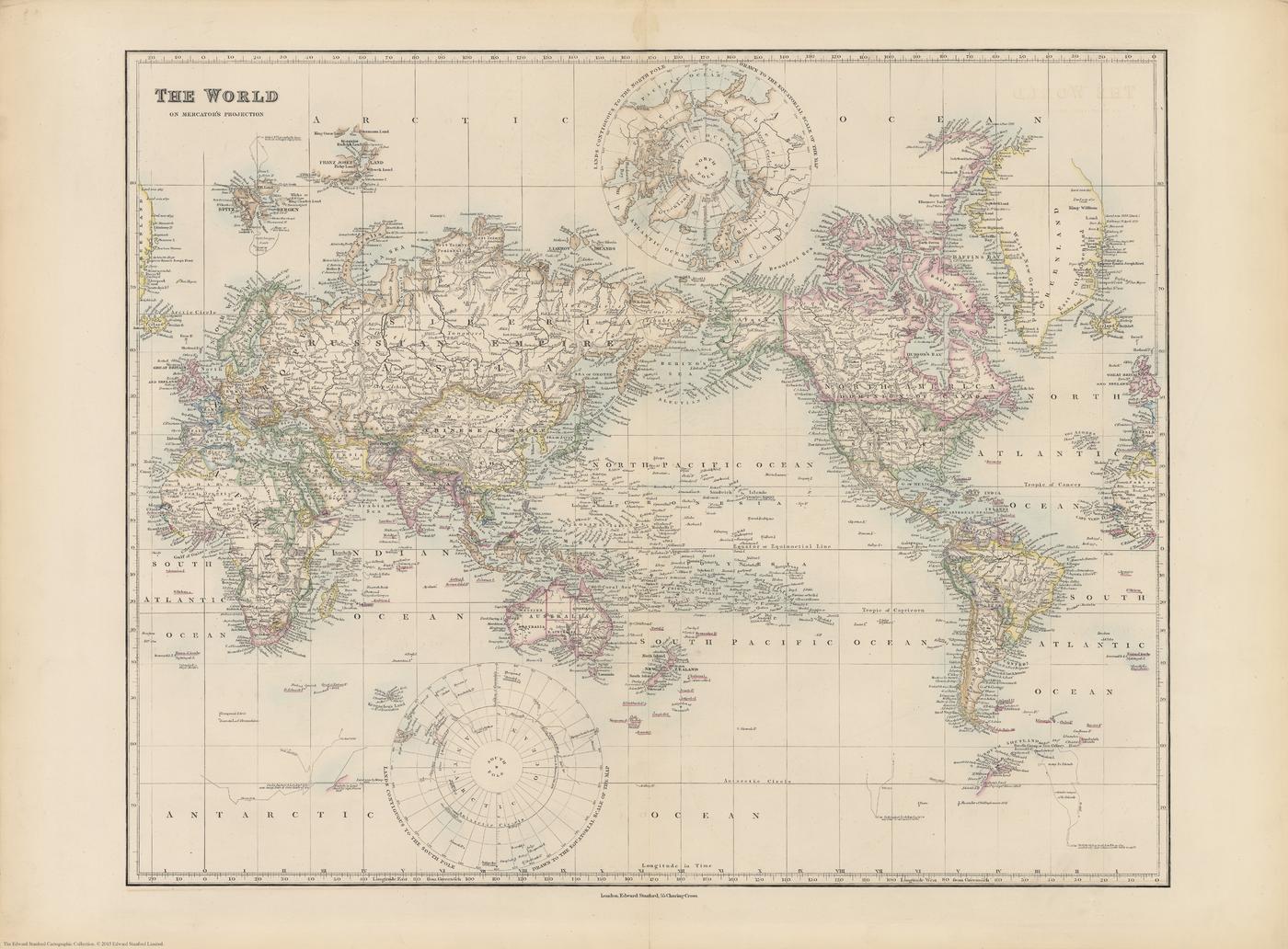