This reproduction of a beautiful wall map of the world published by Edward Stanford in 1879 shows the zones of trade winds which for centuries determined the routes taken across the oceans by ships like the Cutty Sark and other clippers. Presented in lovely pastel colours, the map offers a great deal of interesting information both on land and sea. Across the oceans in addition to the zones of trade winds it also shows the regions of calms and monsoons, the direction of currents, principal “Ocean Mail” routes annotated with distances, and submarine telegraph cables. On land countries are shown in different colours, with their borders emphasized by stronger tints. Given the date of the map’s publication, much of Africa is still not colonized and Europe too is very different from today. In terms of typography, main mountain ranges are shown by hachures and the map has a surprisingly large number of place names. Eastern Siberia with Alaska and New Zealand with most of the South Pacific are shown on both sides of the map for more convenient presentation of that part of the world. Two insets show the Polar region, with much of the coast of the Antarctic still to be properly mapped. Latitude and longitude lines are at 10° intervals; the map is drawn on a Mercator projection. Additional features include time difference from the Greenwich Meridian and a calendar showing the progress of the sun within the Tropics. 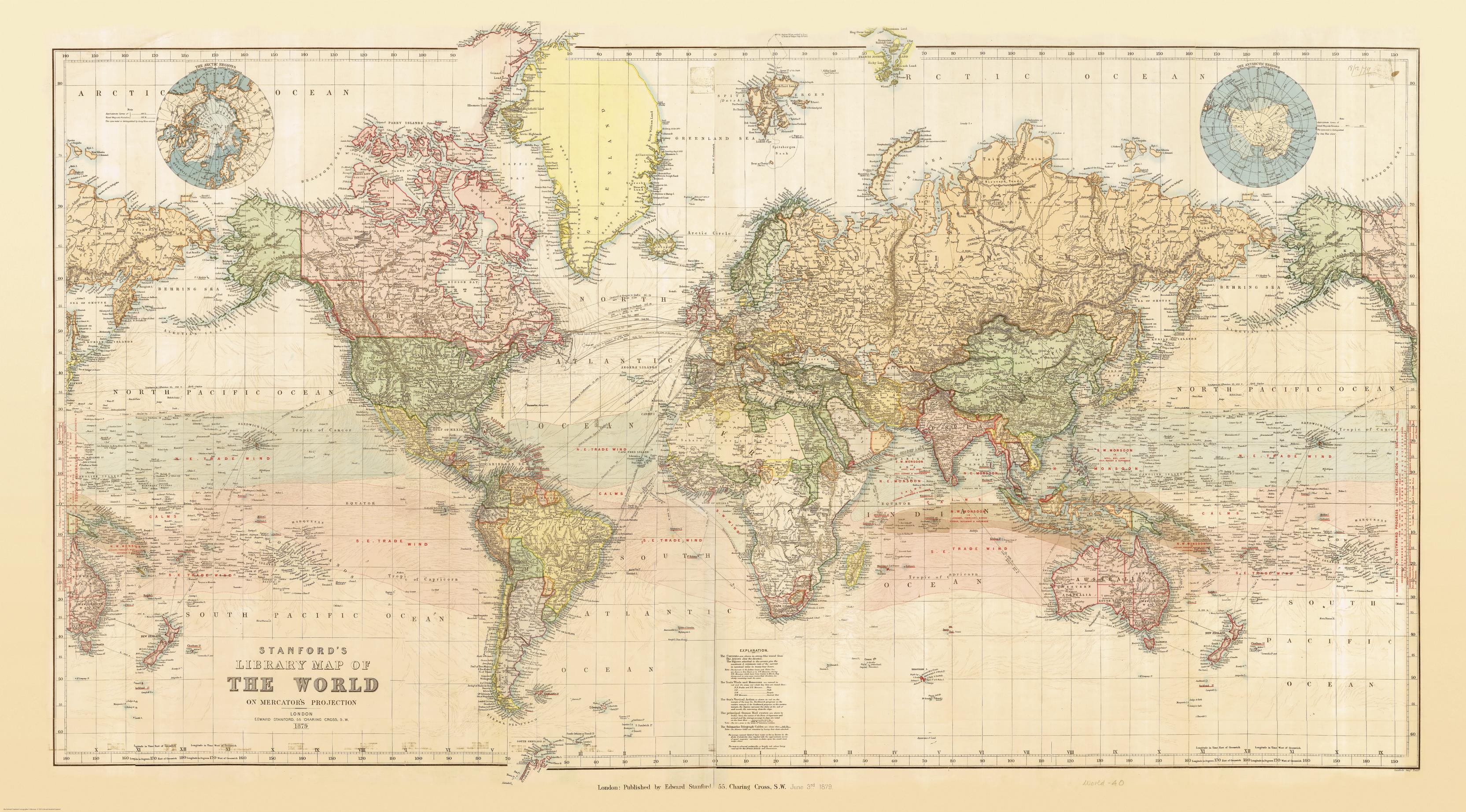