The Stanford’s Europe Map is from a fascinating series of reproductions from our Edward Stanford Cartographic Collection archive. This map was made by the famous cartographer John Arrowsmith and published by Stanfords in 1884. The map presents the continent at the height of its great empires: imperial Russia with Finland and much of Poland, united Germany including Alsace and part of Lorraine, the Austro-Hungarian Empire (although already post the Compromise, still shown here as one country) with north-western Balkans, and the Ottomans still with Albania and much of the present-day Greece. Country boundaries are outlined in bright colours while the pale background with subtle hachuring indicating the mountain ranges are in most places printed very faintly so names of towns and numerous geographical region marked on the map are easy to read. The map also has an unusually large number of names of smaller rivers. Latitude and longitude lines are drawn at 5° intervals. 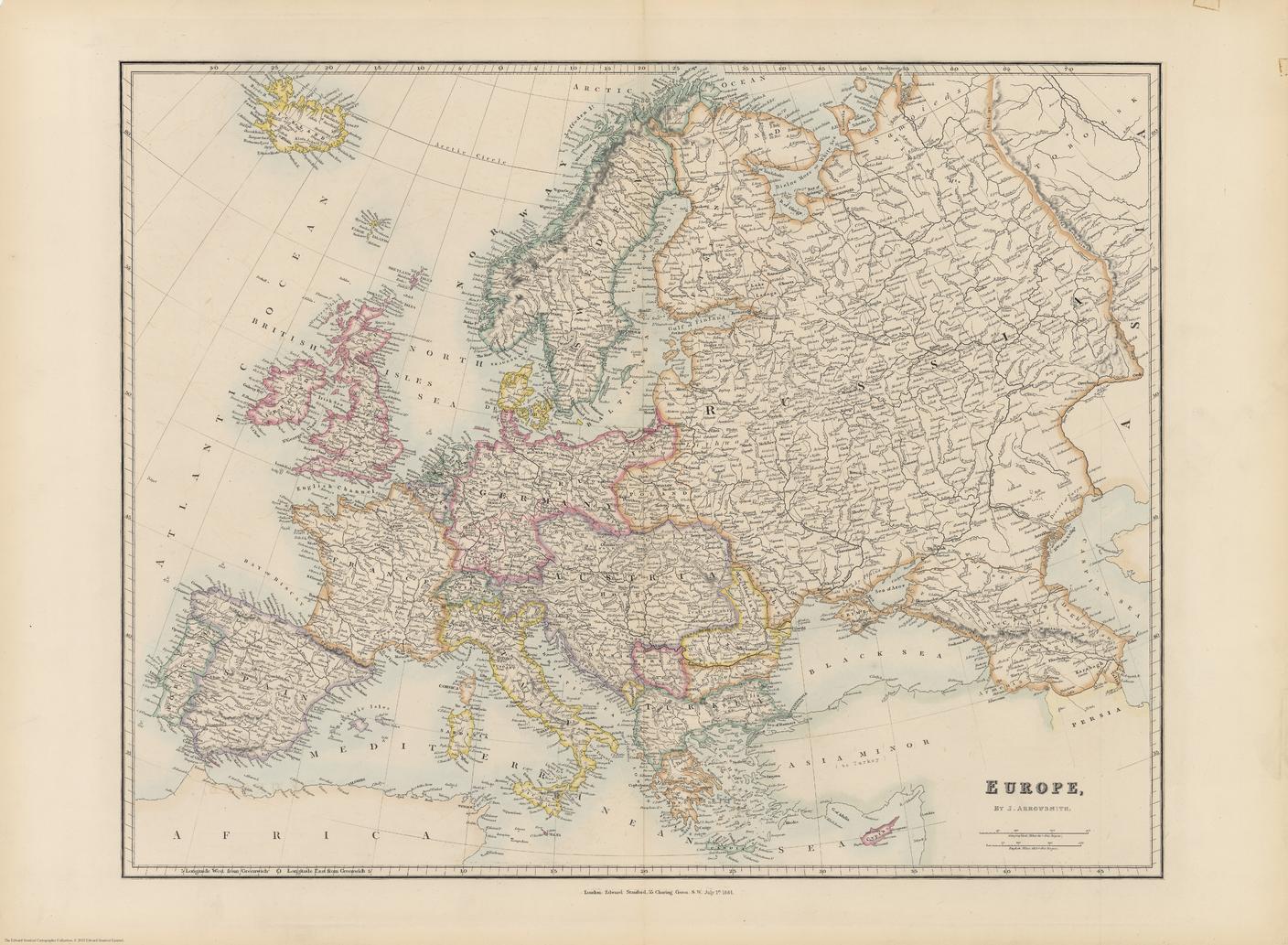