Reproduction of a very interesting map of Africa published by our founder Edward Stanford in 1879 and showing the continent in the relatively early stages of its colonization. The information marked on the map forms a fascinating mixture of names of towns, countries or colonial possessions, geographical regions or features such as deserts, and of many African tribes. Although the map has no physical colouring, it instantly conveys much information about the continent’s geography through the distribution of the already explored regions with established administrative entities. The bulk of the coastline is already in colour and various political units are shown in the more accessible Sahel belt, from the Atlantic along the Niger and around Lake Chad to Darfur and northern Ethiopia. However, the Sahara and the great expanse of the continent around the Congo (called here Livingstone River) and further south and east are yet to be colonized. Although, in many places, particularly in East Africa, various geographical features are already marked on the map. Latitude and longitude lines are drawn at 10° intervals. Of all the continents, Africa has undergone most changes from the mid 19th century to the present day and this map provides an early step towards understanding its history. 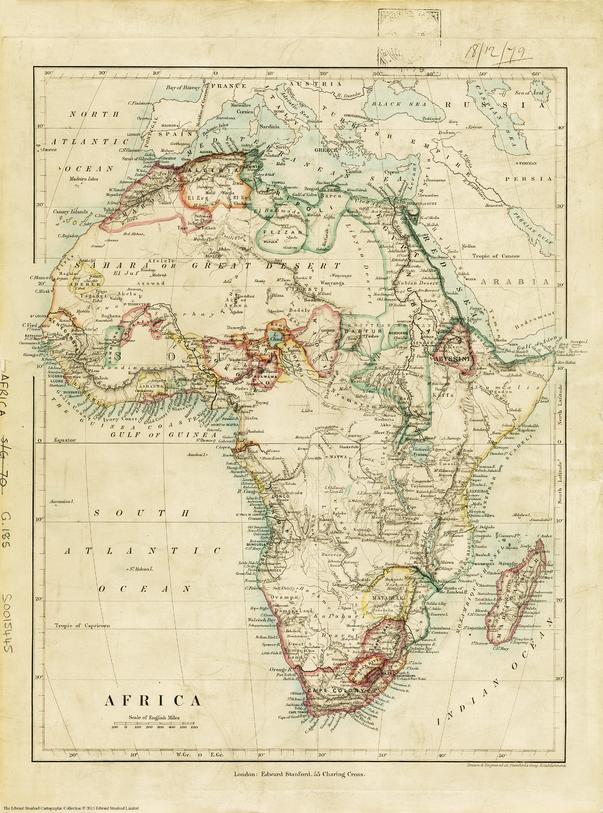