Contained within the 1st Edition (1906) of the Atlas of Canada is a map that shows the Canada's transcontinental rail network, including the ownership of these lines. The portions of the main lines of the Grand Trunk, Grand Trunk Pacific, Canadian Pacific and Mackenzie & Mann (Canadian Northern) railway companies are shown as being in operation, under construction and projected systems. This is represented as either red, green, or blue, solid or dashed lines. Major rail lines in the U.S controlled by Canadian operators are also shown. 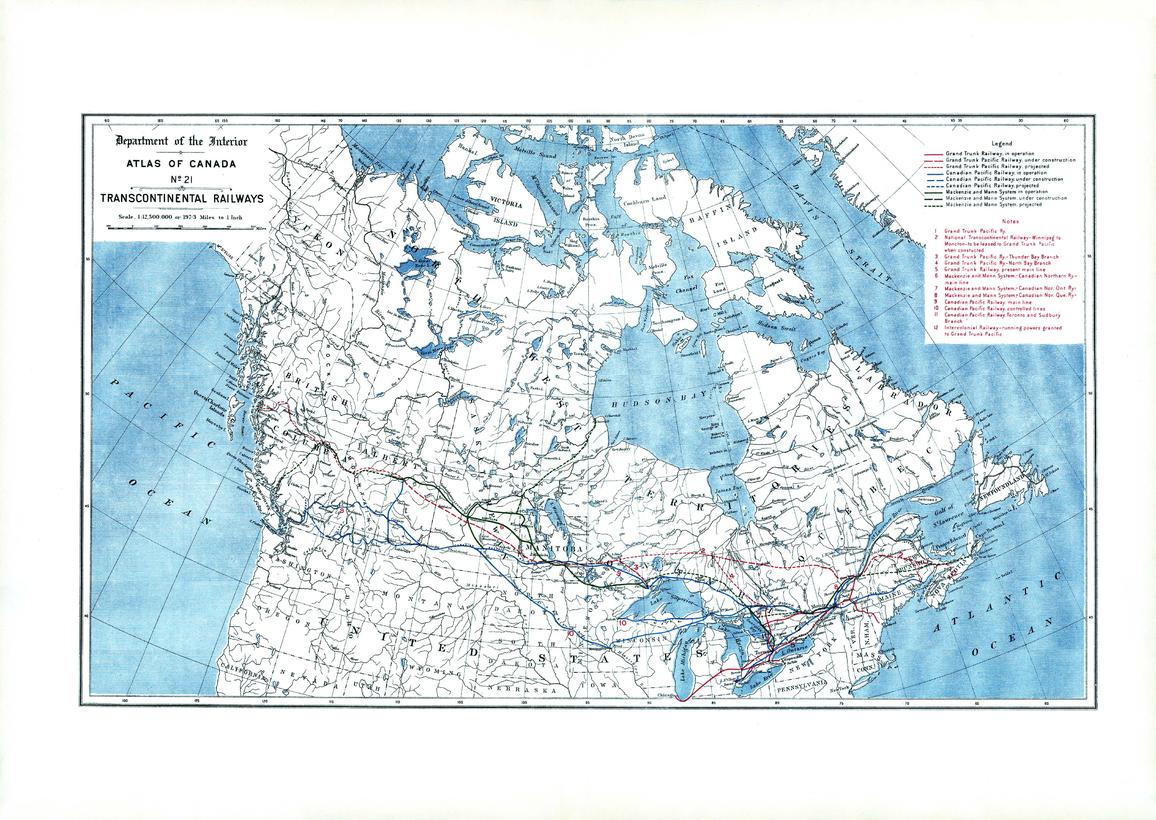