Contained within the Atlas of Canada Poster Map Series, is a poster which has been adapted from The Atlas of Canada's Northern Circumpolar Region map, MCR0001. It also contains a Modis satellite image showing the same northern area as the map (composite from July to September 2007) produced by the Canada Centre for Remote Sensing, Natural Resources Canada. This bilingual poster-map has detailed coverage of all parts of the world north of approximately 55 degrees. National capital cities are displayed along with other cities, towns, villages and hamlets; all have been updated to 2008. Some seasonally populated places are also shown. A number of significant northern features can be found such as the minimum permanent polar sea ice extent for 1972 to 2007, tree line, undersea relief and undersea feature names, land relief, historical surveyed locations of the Magnetic North Pole from 1831 to 2007 and updated glaciers, ice fields and coastal ice shelves. 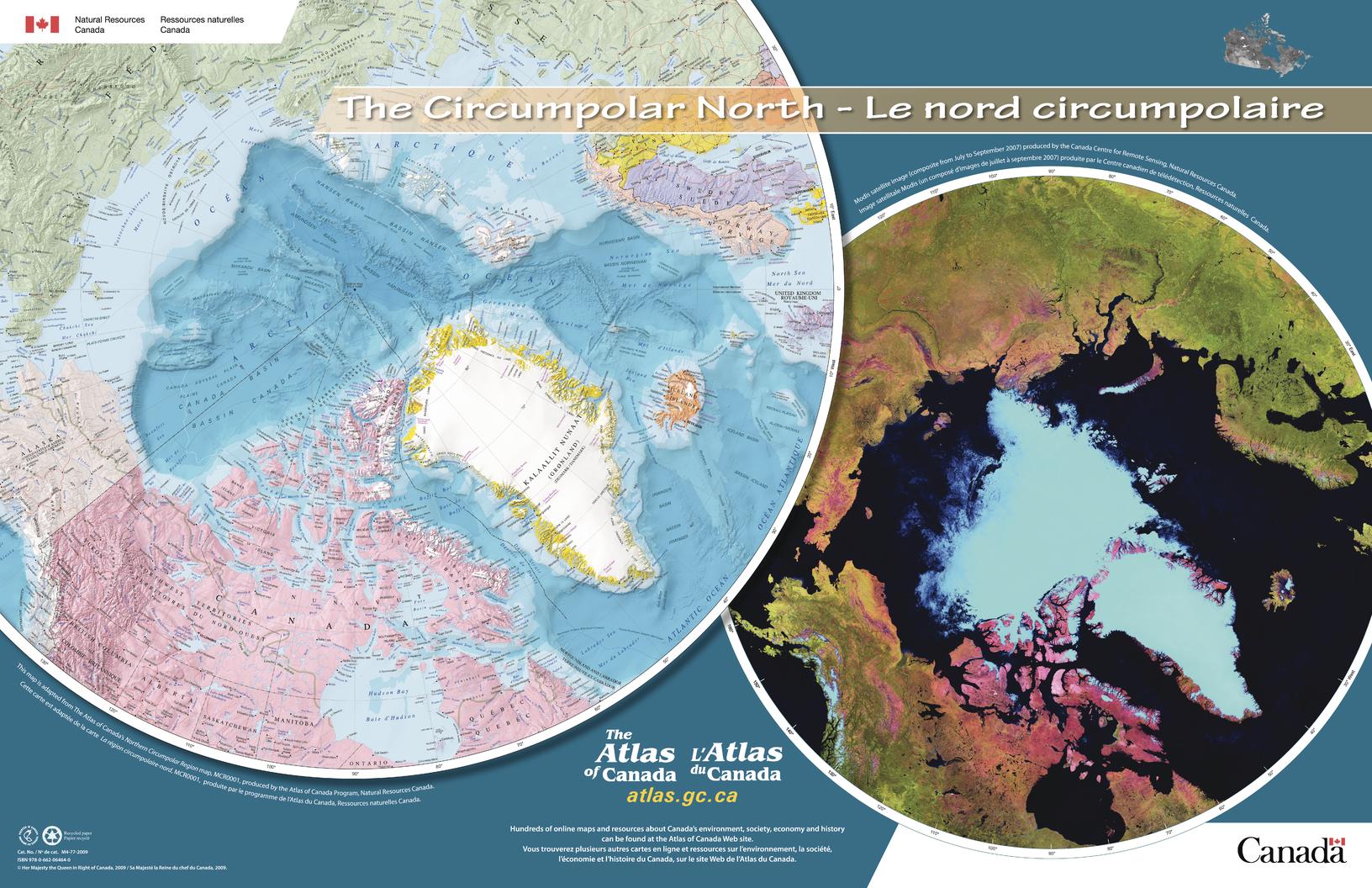