Contained within the 1st Edition (1906) of the Atlas of Canada is a plate that shows five maps. The maps show the telephone network for Ontario, Quebec, Manitoba, Saskatchewan, Alberta, British Columbia and Yukon. Two or more lines may follow the same route, but due to the scale of the map the inclusion of all the telephone lines in the vicinity of the larger cities and towns were not permitted. The telephone lines and their end nodes are represented as solid grey lines, and many lines follow alongside railway tracks. The map indicates the shore line portions of the various cable lines, the Pacific ocean in British Columbia, and inland waters in Alberta, central Saskatchewan, and Manitoba. Each segment is magnified into separate boundaries, and divided from one another. The maps includes major cities, counties, rivers, major bodies of water, and the railway systems running past the border and into part of the U.S. 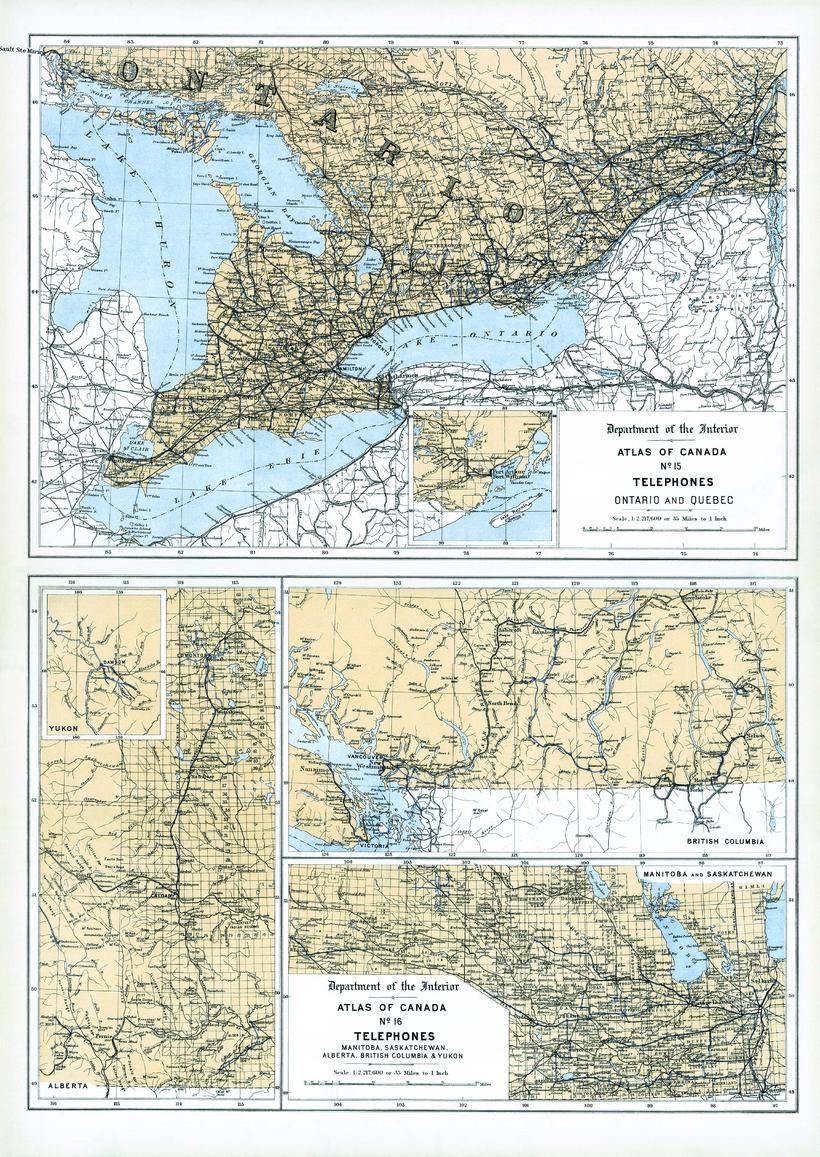