Contained within the 1st Edition (1906) of the Atlas of Canada is a map that shows the network and destinations of telegraph lines in Quebec and Maritime Provinces. More then one line may have followed the same route, but only one line is indicated on the map, especially in larger cities. Therefore, well-settled portions of the country are likely to have more then one telegraph line serving the principal towns along each route indicated. Most telegraph lines are alongside railways. The map includes the routes and destinations of underwater cables. It also indicates the shore portions of the various cable lines, including the Marconi stations on the Atlantic coast of Canada, magnified and placed in the bottom left corner. The map also includes major cities, counties, rivers, major bodies of water and the railway system. 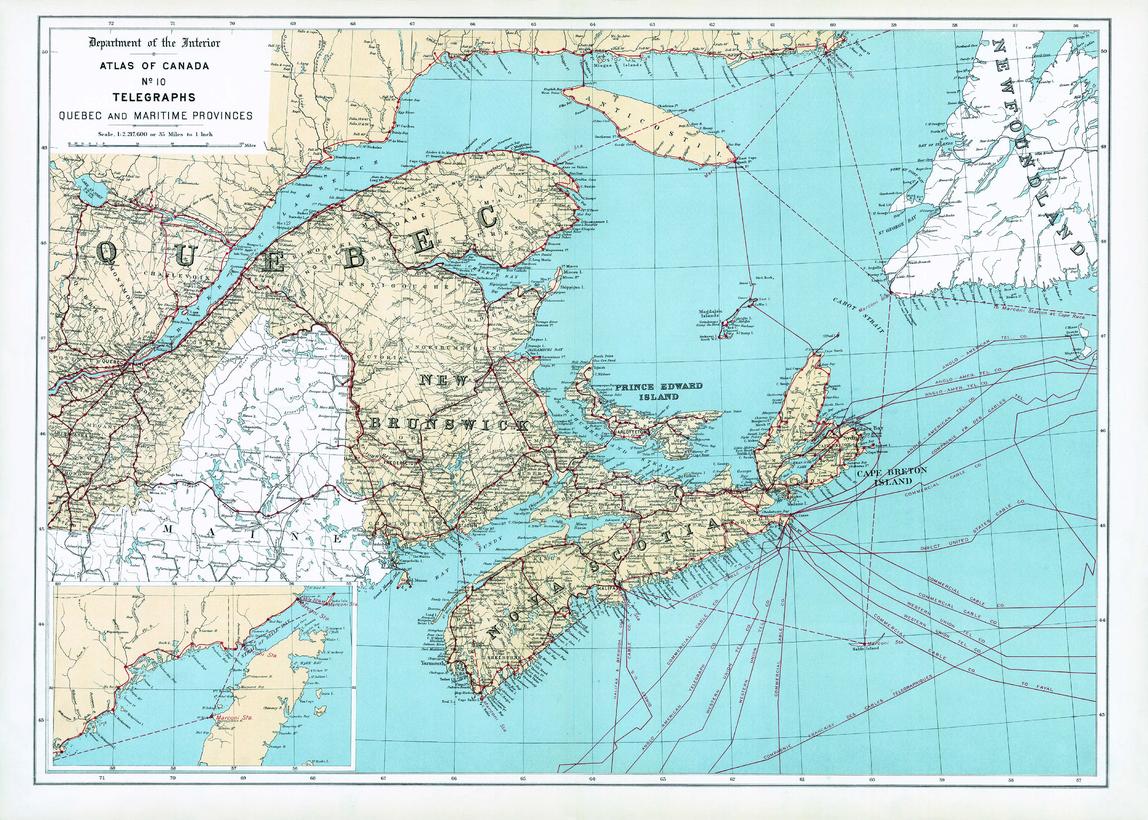