Contained within the 1st Edition (1906) of the Atlas of Canada is a map that shows the telegraph network for British Columbia, Yukon and Alberta. Two or more lines may follow the same route, but only one line is indicated on the map. Therefore, well-settled portions of the country may have two or three telegraph lines serving the principal towns along each route indicated. It shows the shore portions of various cable lines along the Pacific coast of Canada, and a couple running underwater. Most telegraph lines follow alongside railway lines. The Yukon is separate, being displayed at the top right of the map in a magnified boundary. The map includes provinces, major cities, counties, rivers, major bodies of water the railway systems. The map also displays part of the rectangular survey system which records the land that is available to the public. This grid like system is divided into sections, townships, range, and meridian from mid-Manitoba to Alberta. 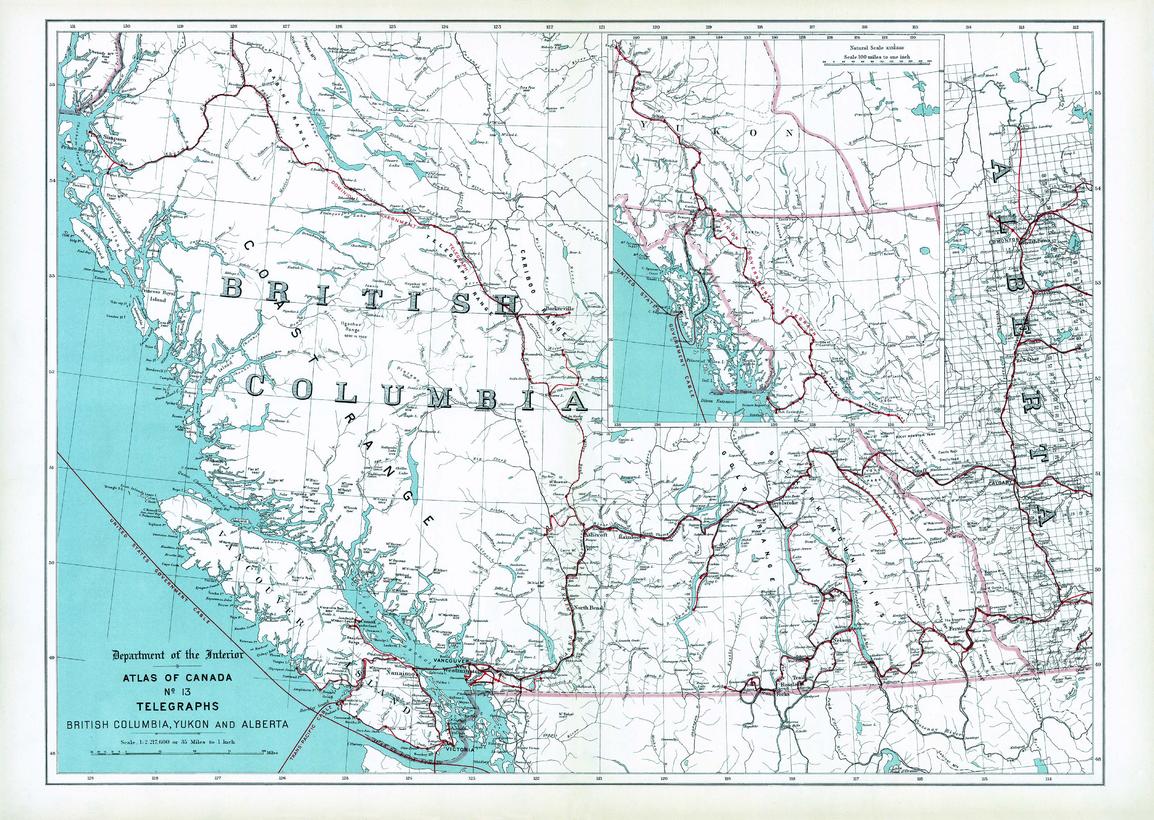