Contained within the 1st Edition (1906) of the Atlas of Canada is a plate that shows 9 maps. Four maps show the average possible hours of sunshine for Canada in the summer months. There is a map for June, July, and August, in addition to a map combining these months. In the northern portion of Canada there is considerably more sunshine during the summer months, than in the southern portions, but mainly in eastern Canada. As a result, wheat will mature in less time within Ontario, then in Edmonton or Calgary. The other five maps show the number of days during the year with temperatures above 32 degrees F (0 degrees C), 40 degrees F (4.4 degrees C), 50 degrees F (10 degrees C), 60 degrees F (15.6 degrees C) and 70 degrees F (21.1 degrees C). The temperature differences are indicated with solid or dashed red lines indicating the number of days each portion of Canada will experience above temperatures indicated. In some of the maps, major railway systems are shown. 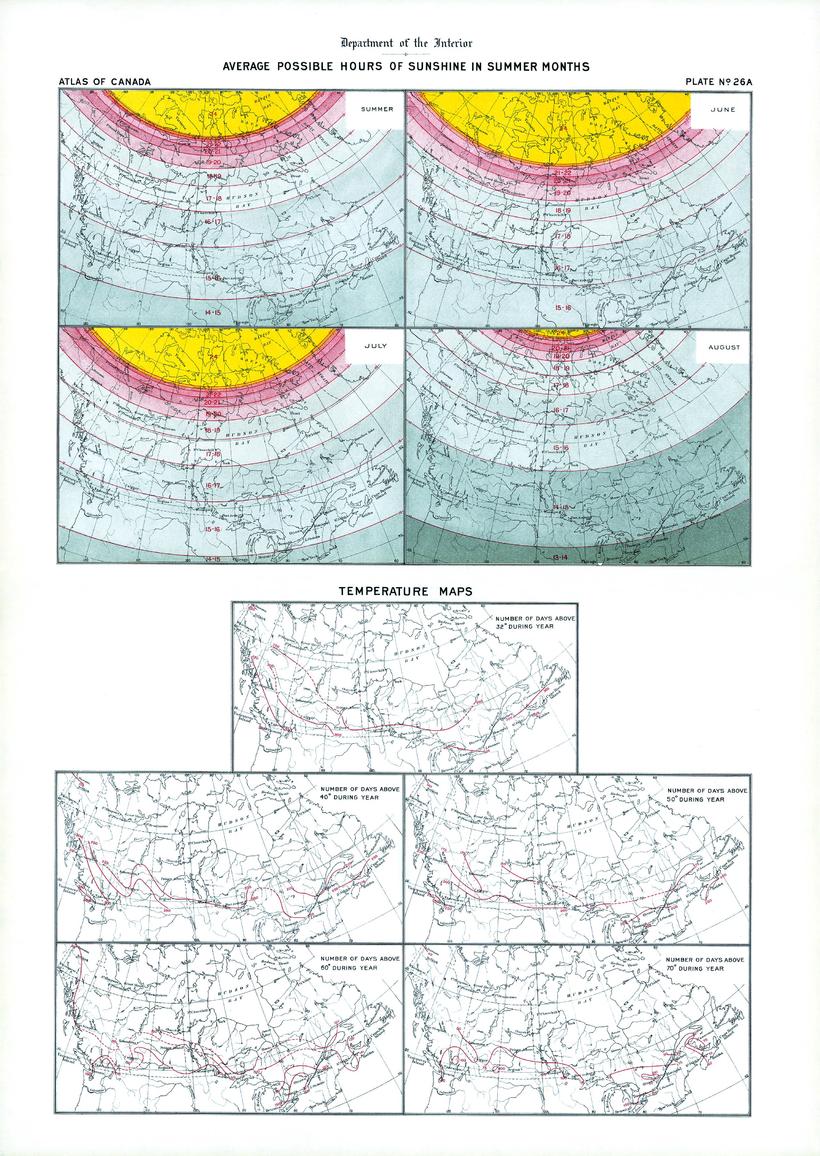