Contained within the 1st Edition (1906) of the Atlas of Canada is a map that shows canals, as well as locations and types of Lighthouses along the St. Lawrence and Great Lakes. In addition, the map also shows sailing routes through those water bodies. There is a table of sailing distances, in geographical miles, between the ports of the United States and Canada on the Great Lakes and St. Lawrence. Statistics of freight and passenger traffic through the canals, total cost of maintenance, and the construction of Canadian canals, are shown as of 1903-1904. There are also steamship routes from Canadian ports to other ports in Canada and in the U.S. The lighthouses are distinguished between fixed, revolving lights, and light ships. The depth of the water of the Great Lakes is indicated by contours and tints of blue. The deeper portions are shown in the darker tints, while lighter tints indicate more shallow waters. 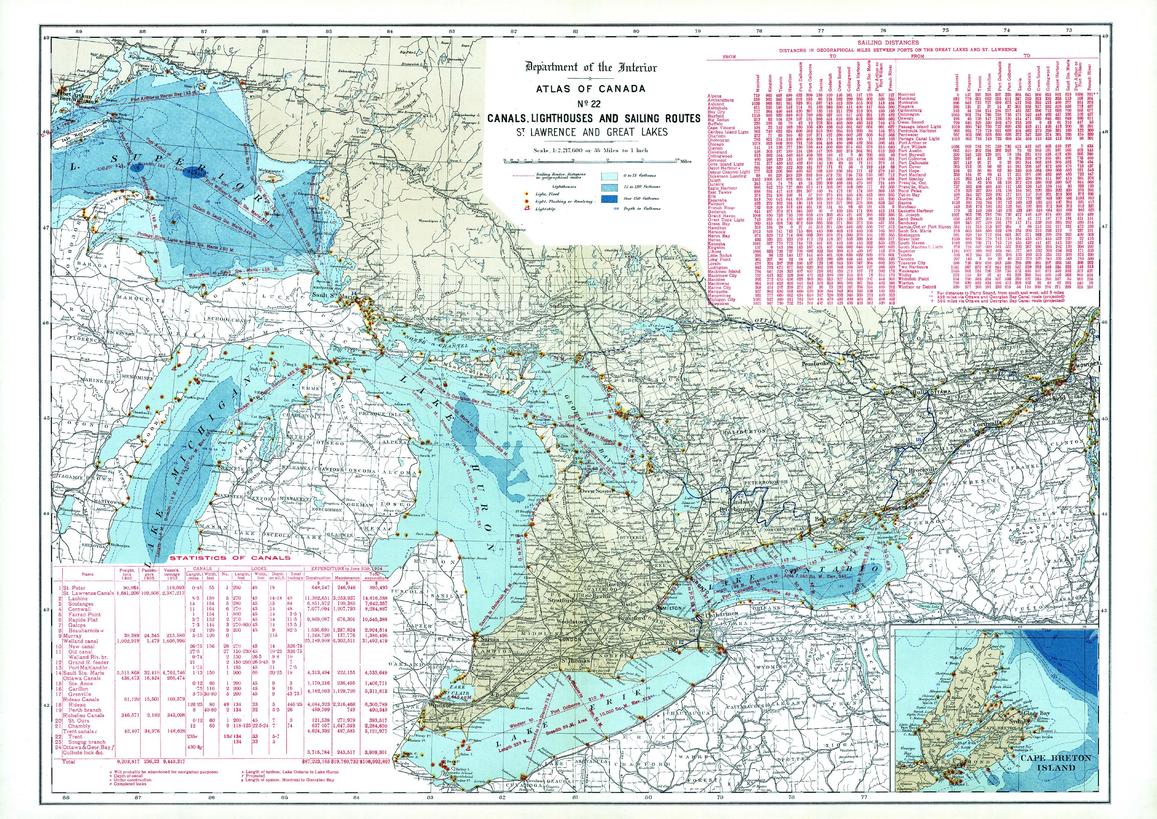