Contained within the 1st Edition (1906) of the Atlas of Canada is a plate map that shows 2 maps. The first map shows the origins of the people in British Columbia and Alberta, circa 1901. The second map shows the origins of the people in Manitoba and Saskatchewan. A varying number of ethnic groups are shown, but always included are: English, Scotch [Scottish], Irish, French and German. People of British origin predominate in all provinces, except Quebec, where the French predominate. Germans, principally descendants of United Empire Loyalists, predominate in portions of Alberta, displaying a cosmopolitan population due to immigration from Great Britain and Europe. Communities with a population greater than 5000 people are shown as proportional dots on the map. In addition, major railway systems displayed. The map displays the rectangular survey system which records the land that is available to the public. 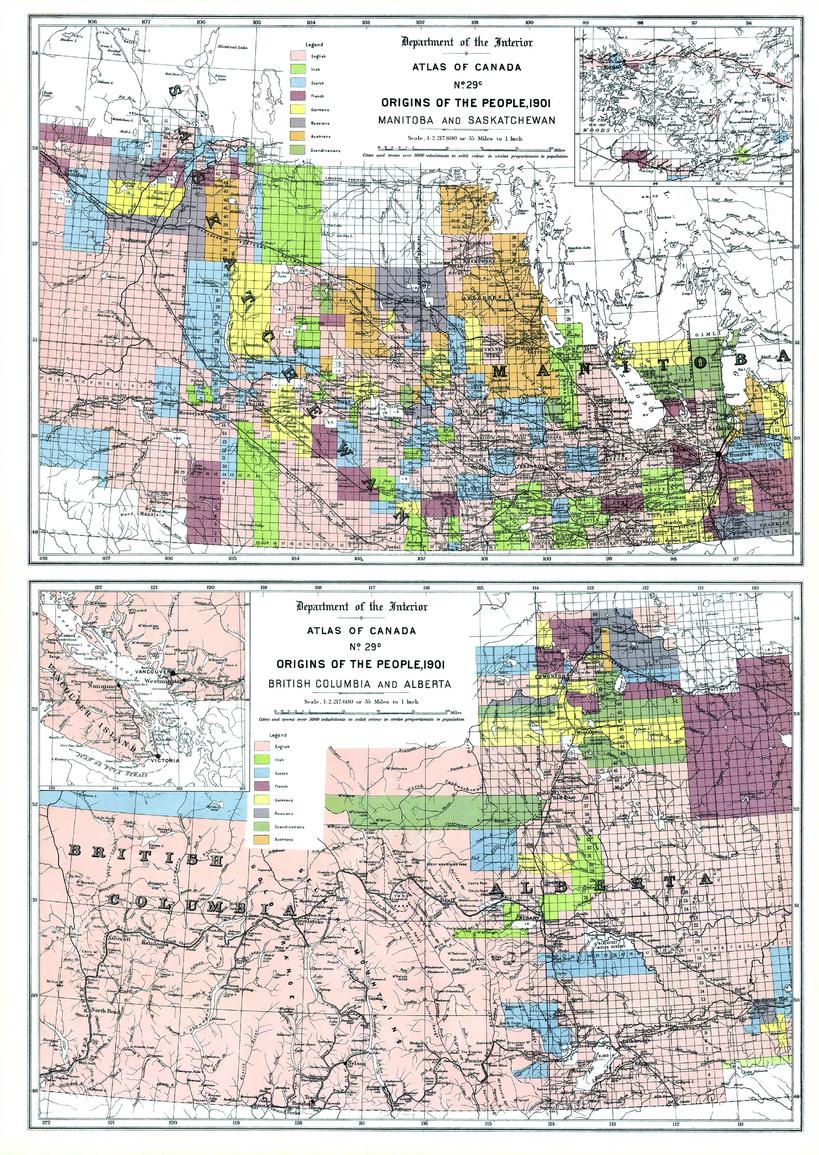