Contained within the 1st Edition (1906) of the Atlas of Canada is a plate that shows two maps. The first map that shows origins of the people in Maritime provinces and Eastern Quebec, circa 1901. The second map that shows origins of the people in Quebec and Ontario, circa 1901.A varying number of ethnic groups are shown, but mainly: English, Scotch [Scottish], Irish, French and German. People of British origin predominate all provinces, except Quebec, where the French predominated. The French also predominate in adjacent portions of Quebec, such as portions of eastern Ontario, northern New Brunswick, southwestern Nova Scotia, and in the southern portion of Cape Breton. In two small areas near Halifax, N.S., the map indicates descendants of deported persons from Jamaica. The Germans were principally descendants of United Empire Loyalists predominating portions of southern Nova Scotia, Waterlook, Lincoln and Welland counties. 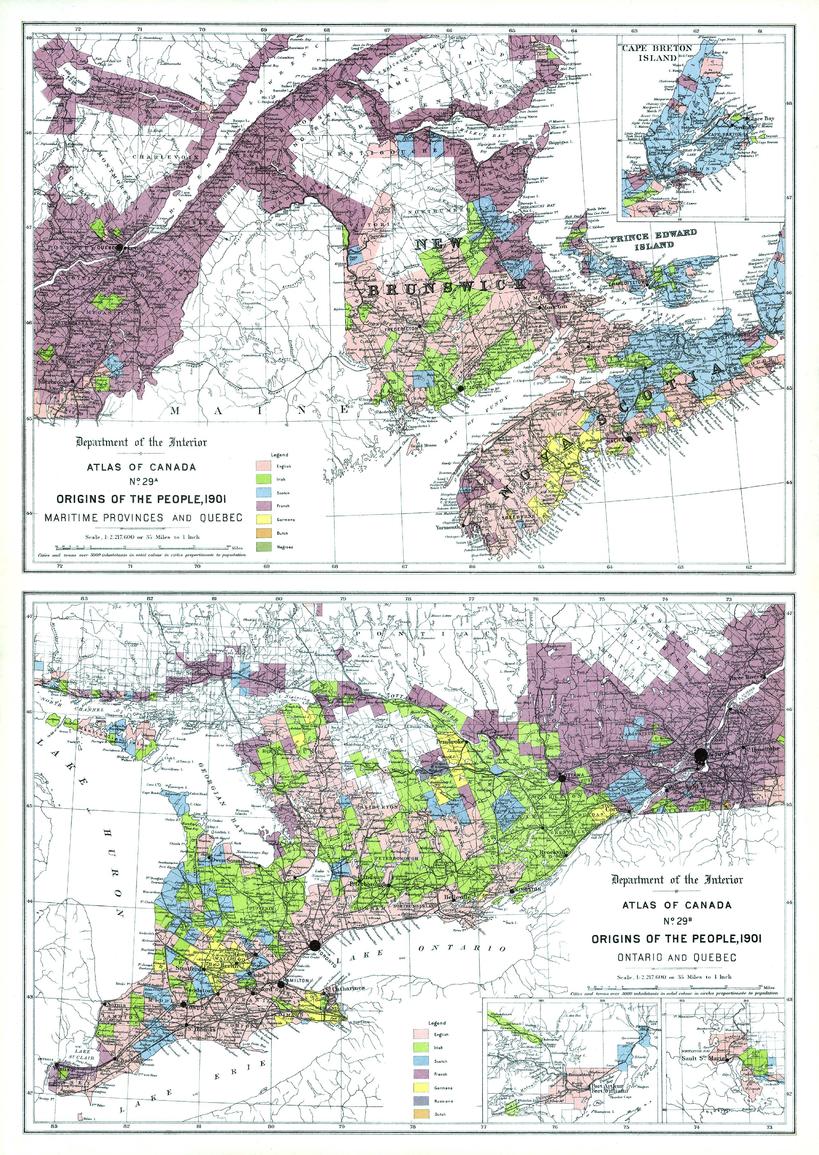