Contained within the Historical Maps, 1639 to 1949, Atlas of Canada map series, is a reproduction of an 1888 map compiled by Surveys and Mapping Branch of Energy Mines and Resources [now Natural Resources Canada] to commemorate the 1973 centenary of the RCMP. The map shows stations and patrol routes in the North-West Territories during 1888. The area covered corresponds to present-day southeastern Alberta and southern Saskatchewan. The map has a great deal of information about Indian lands, showing treaty areas, Indian reserves, and giving populations on the reserves. 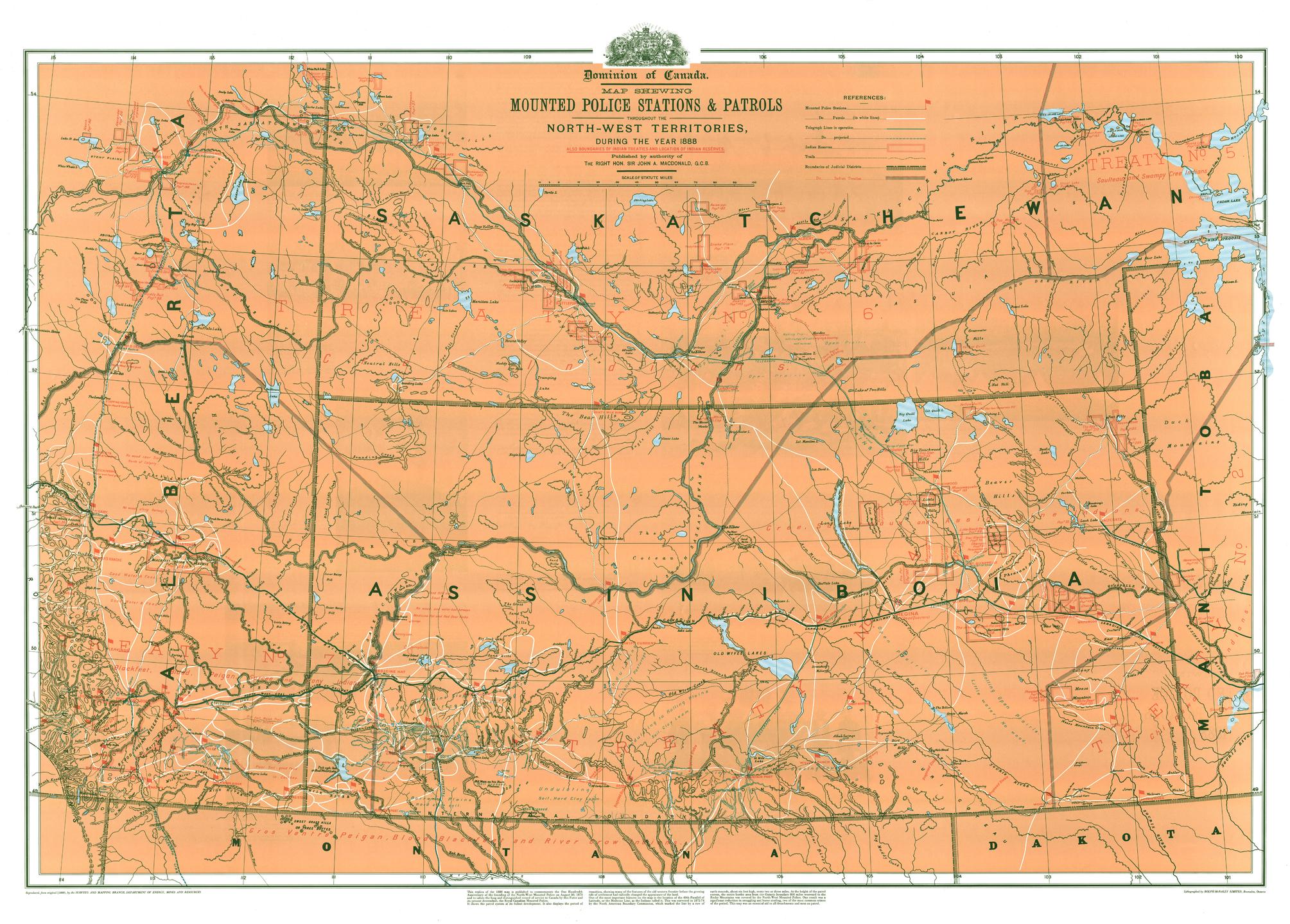