Contained within the 1st Edition (1906) of the Atlas of Canada is a map that shows the lighthouses and sailing routes on the Atlantic Coast. The map shows sailing routes and a table listing the distance, in miles, from Halifax, Montreal and Quebec to major ports. Although Newfoundland and Labrador was not a part of Canada in 1906, there is some data shown for this region. The lighthouses are distinguished between fixed, revolving lights, and light ships. The depth of water in the Great Lakes is indicated by contours and tints of blue. The deeper portions are shown in the darker tints, while lighter tints indicate more shallow waters. 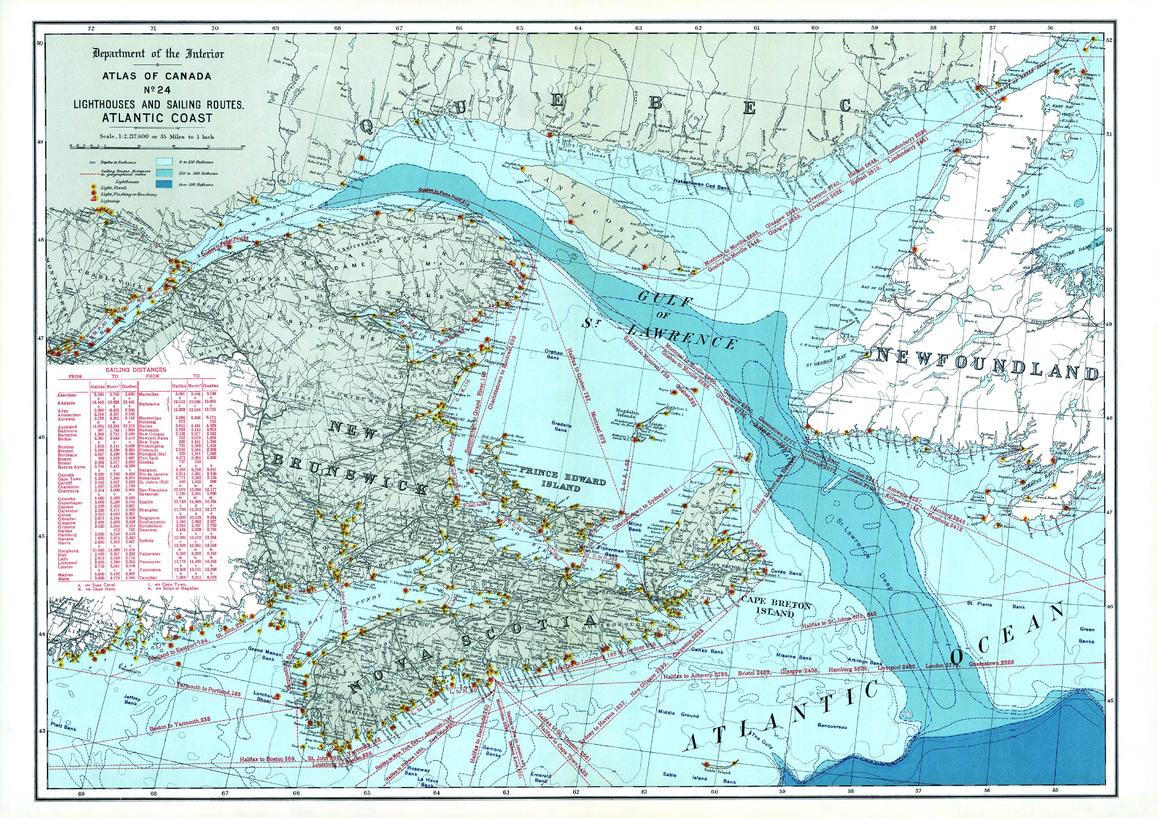