Contained within the 1st Edition (1906) of the Atlas of Canada is a plate that shows 11 maps. Two maps at the top of this plate presenting isothermal lines for summer and for the entire year. The isotherms for summer display the great northern "loop" of the summer isotherm of 55 degrees Fahrenheit, which make cultivation of cereals possible. The annual isothermal lines follow an easterly and Westerly direction which would obscure the beneficial effect indicated by the summer isotherms. The next four maps show precipitation and snowfall for Eastern and Western Canada in inches. The remaining five maps show isobaric lines. One map shows the annual average, while the other four cover seasons (January-March, April-June, July-September, and October-December). Barometric pressure is measured in inches of mercury. In some of the maps, major railway systems are shown. 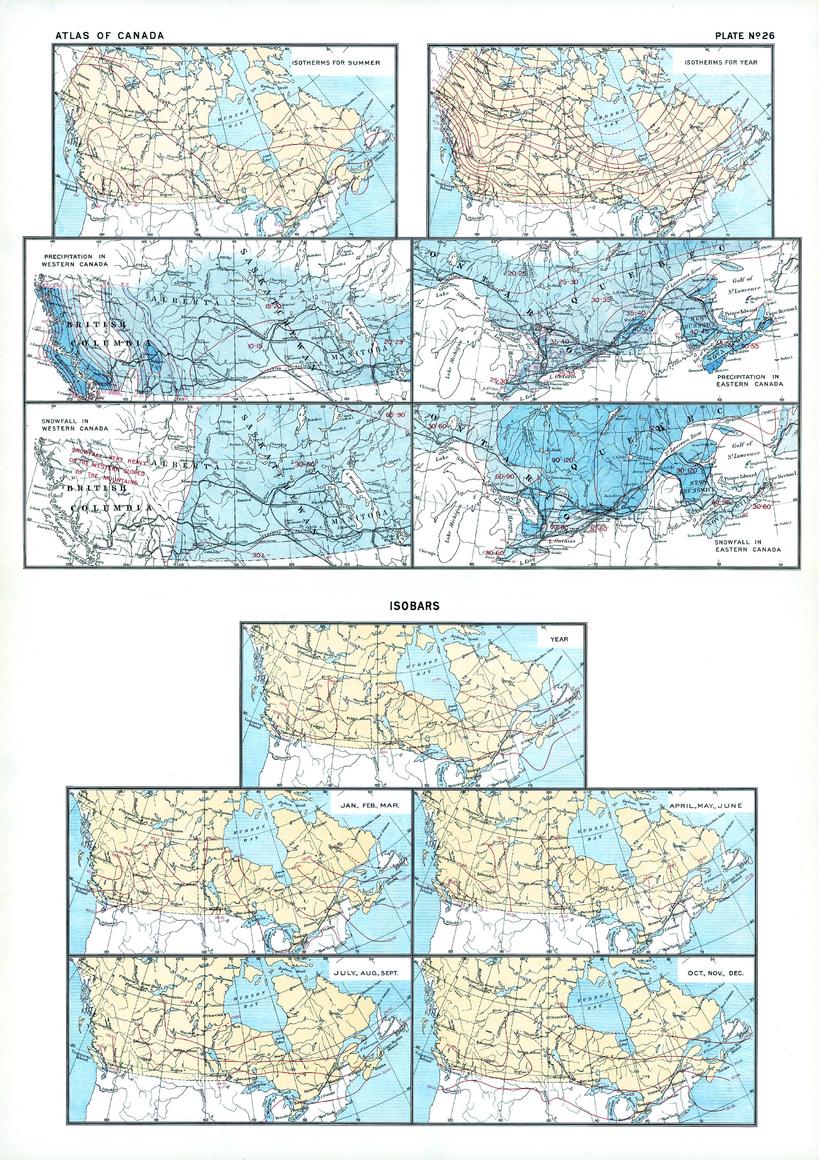