Contained within the 1st Edition (1906) of the Atlas of Canada is a map that shows the extent of forested regions, using tints of green, in Canada circa 1906. These regions include the Southern forest, Northern forest, and the Cordilleran forest. The map presents general portions of forested areas across the country which has been generally cleared of timber. Displayed is the section of Northern Forest that are less densely wooded; mixed prairie and woodland; Prairie; National Parks and Forest Reserves of the Dominion. There are also lists, by province, of the principal trees of Canada, in addition to notes of when distribution is confined to a comparatively small portion of the area of the province. The map also includes major cities, rivers, major bodies of water, and some railway systems. 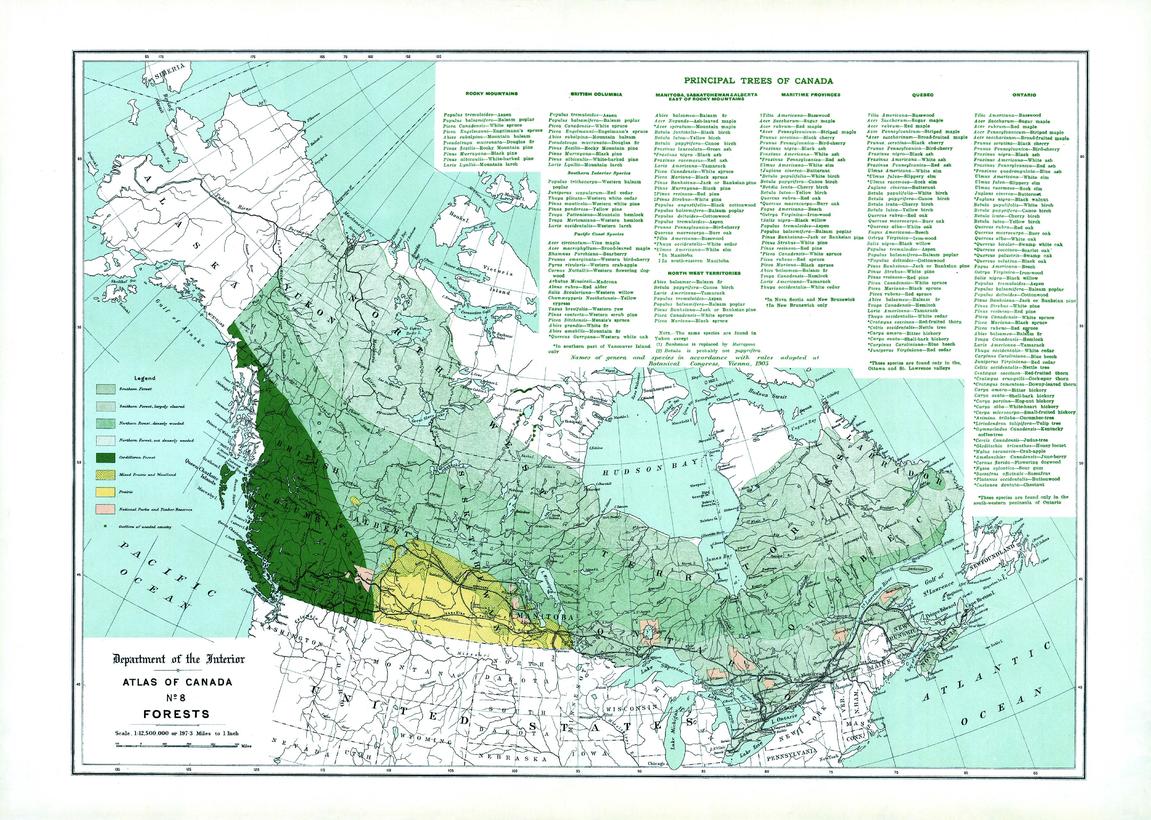