Contained within the 1st Edition (1906) of the Atlas of Canada is a plate that shows two maps. The maps show the density of population per square mile for every township in Manitoba, Saskatchewan, British Columbia, Alberta, circa 1901. The statistics from the 1901 census are used, yet the population of Saskatchewan and Alberta is shown as confined within the vicinity of the railways, this is because the railways have been brought up to date of publication, 1906. Cities and towns of 5000 inhabitants or more are shown as black dots. The size of the circle is proportionate to the population. The map uses eight classes, seven of which are shades of brown, more densely populated portions are shown in the darker tints. Numbers make it clear which class is being shown in any one township. Major railway systems are shown. The map also displays the rectangular survey system which records the land that is available to the public. 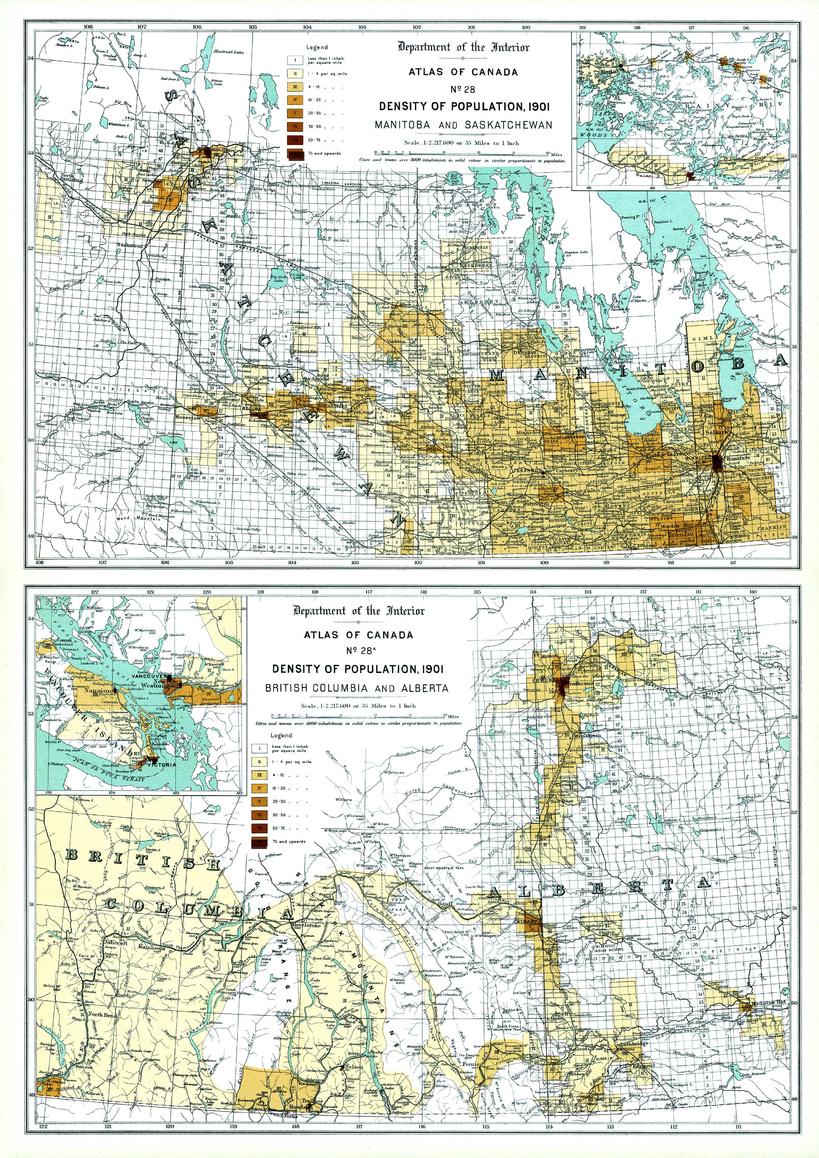