Contained within the 1st Edition (1906) of the Atlas of Canada is a plate that consists of 2 maps illustrating international and interprovincial boundary historical claims up to 1906. One map shows Ontario, Manitoba and adjacent parts of the US. The other map shows the Alaska boundary dispute. British Columbia and Yukon - Alaska boundary map displays the respective disputes of Great Britain and the United States, as well as the awarded boundary announced October 20th, 1905. The Ontario-Manitoba boundary map was concentrated on the contestation of the Dominion and Manitoba disputing the Ontario boundary on the west by prolongation of a due north line from the joining of the Ohio and Mississippi, as well as the height of land between the St. Lawrence and Hudson bay. In addition, major railway systems displayed. 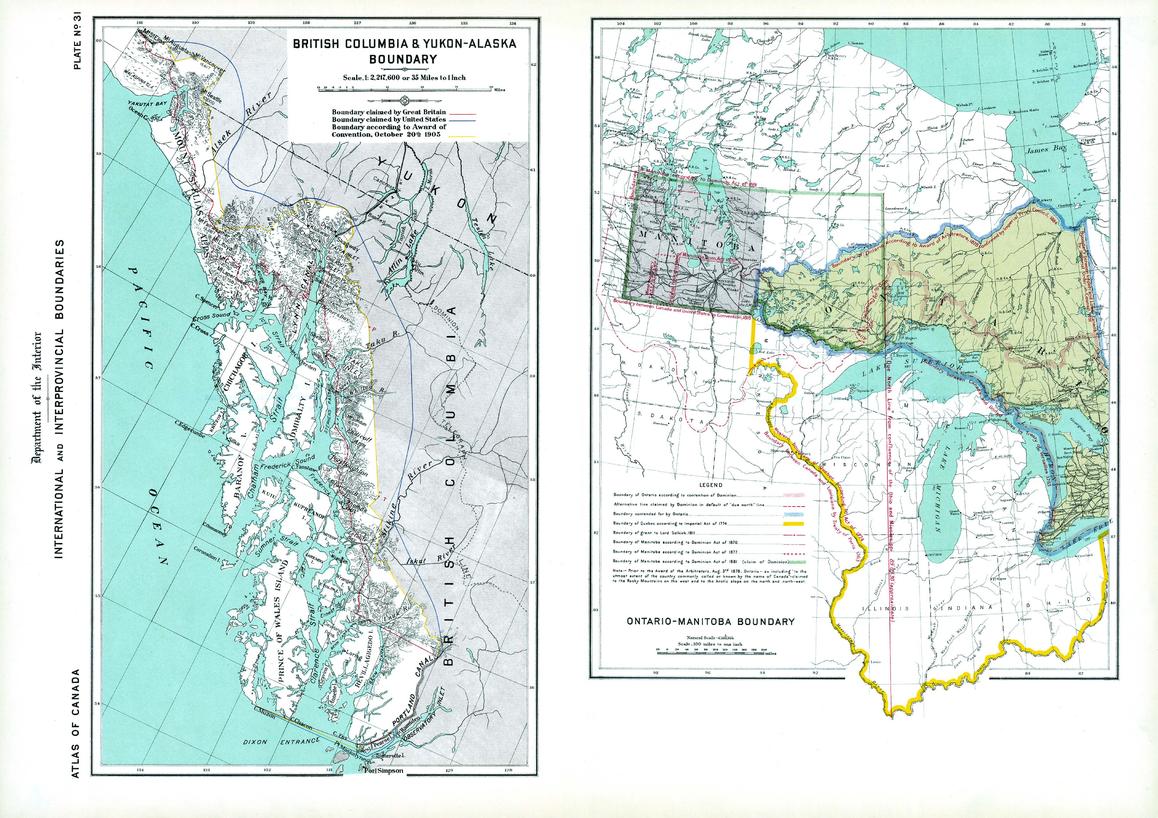