Bird's Eye View of the City of Ottawa

Contained within the Historical Maps, 1639 to 1949, Atlas of Canada map series, is a reproduction of one of the bird's eye view sketches of cities which were very popular in the late 19th century. In this case, it is a black-and-white sketch drawn by Herm. Brosius and originally published by Chicago Litho. Co. As of 1876, Ottawa consisted of only part of Centretown, Byward, and Sandy Hill. The view lists dozens of major buildings at the time. It also has a sketch of the three buildings of Parliament. Of interest, all streets and railway lines are named. 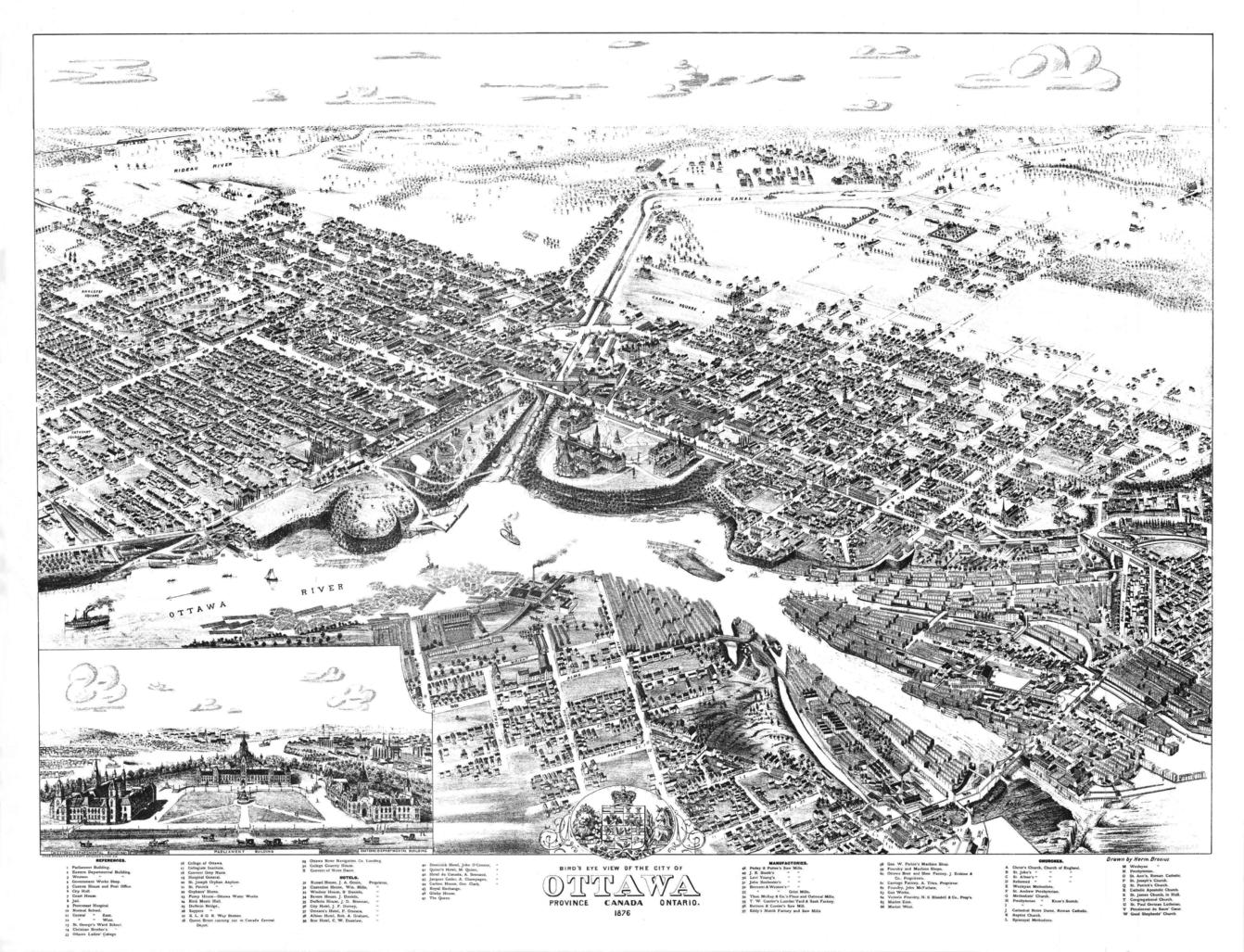