Aborigines of Canada, Alaska and Greenland (1906)

Contained within the 1st Edition (1906) of the Atlas of Canada is a map that shows the distribution of 11 aboriginal groups of Canada, Alaska and Greenland. The areas shown in different colours represent occupied land by the native linguistic families, including uninhabited large areas in the Arctic islands and Greenland. The southern portion of Canada, the Indians are living on reserves. The other points indicated are small reminants of the once powerful Huron-Iroquois at Jeune Lorette, two small bands of Iroquois near Edmonton and on the head waters of the Athabaska river. There are a greater number of linguistic families on the Pacific coast of British Columbia than in all the rest of Canada. 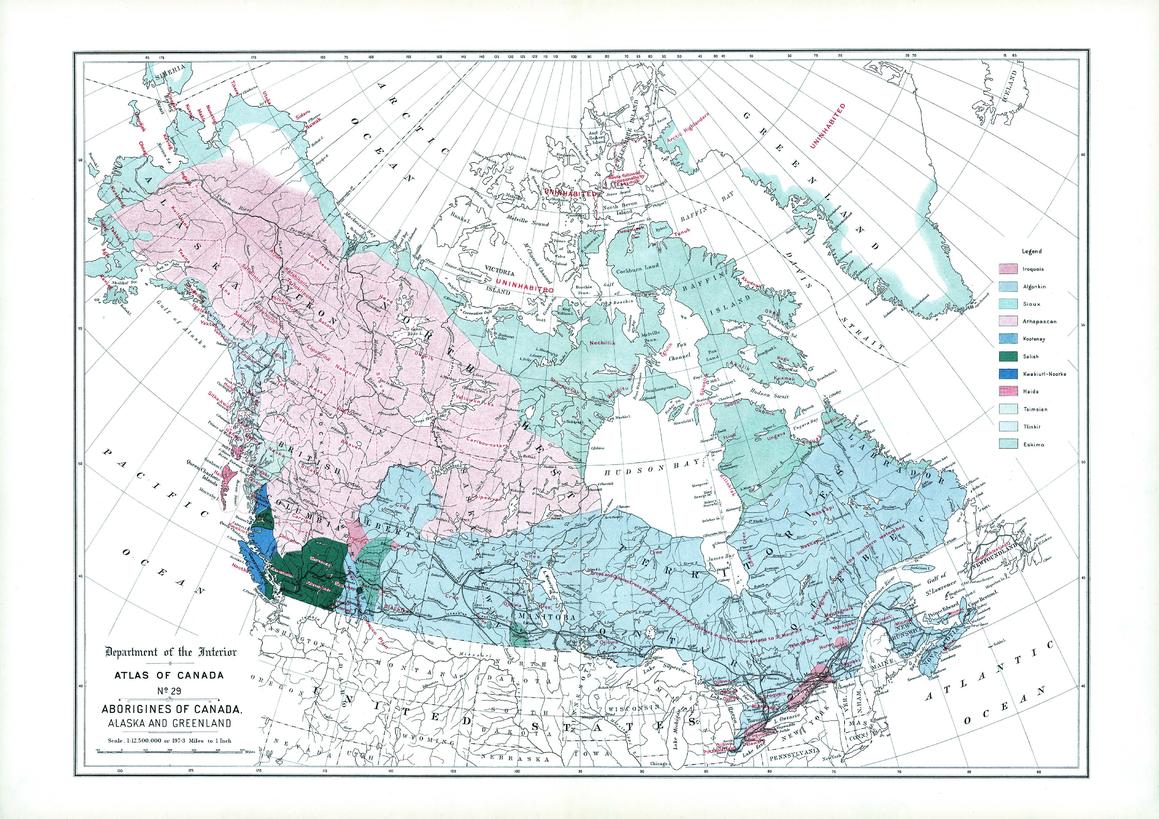