This World War II era map of the Union of Soviet Socialist Republics was published in December 1944, at the beginning of the Battle of the Bulge. International boundaries according to Russian treaties and claims as of October 1, 1944 are shown on this map, and boundaries as of January 1, 1938, before Germany invaded Poland, are noted in red. 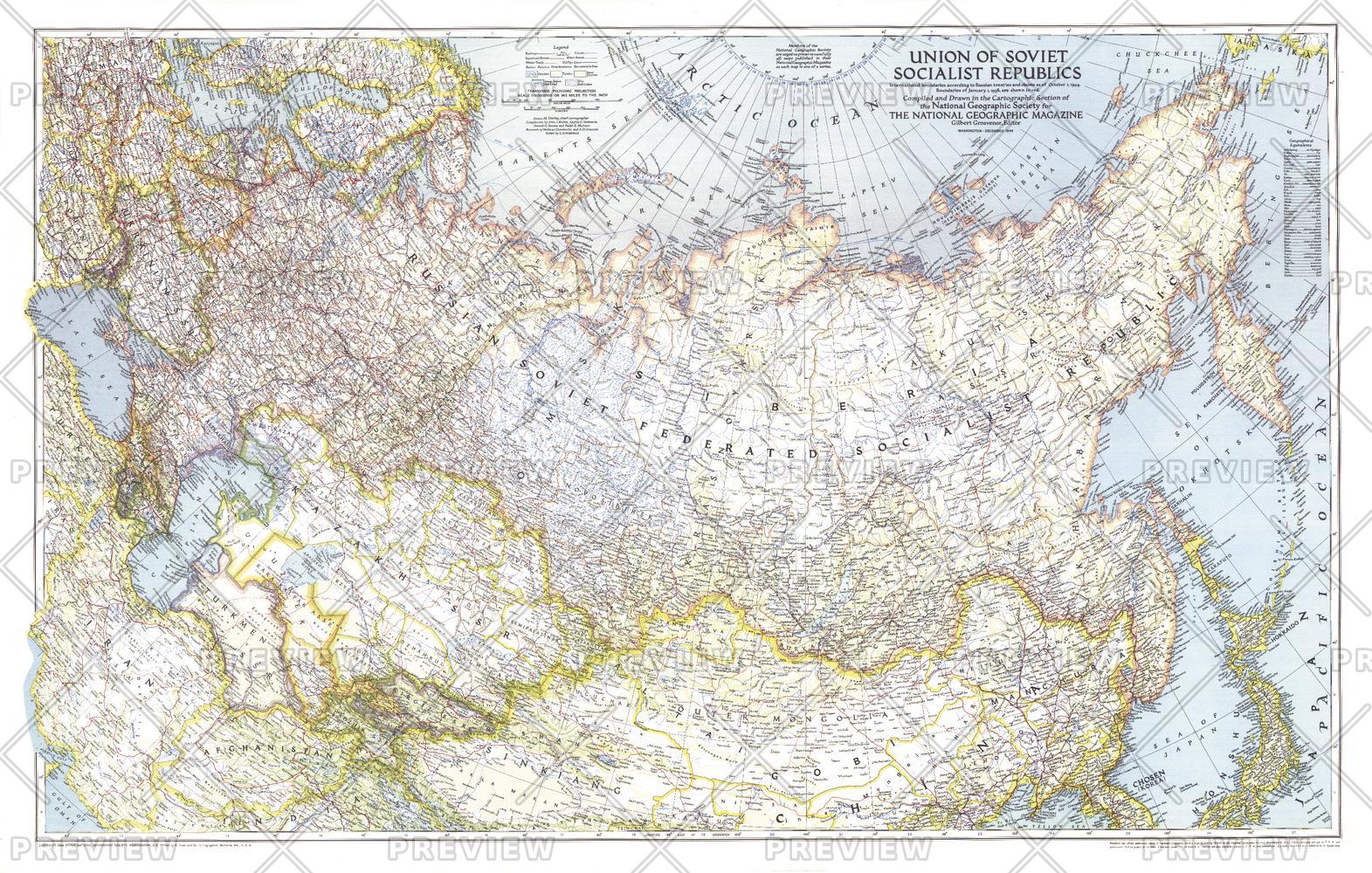