When the Earl of Durham was dispatched to analyze French-Canadian insurrections in 1838, he condemned the "vain endeavour to preserve a French Canadian nationality in the midst of Anglo-American colonies and states." But Quebec has indeed managed to maintain its French heritage and culture. Published in March 1991 as half of a two-map set with a political map of Quebec, "The Making of Canada: Quebec" reveals a wealth of information about the history of the unique province. 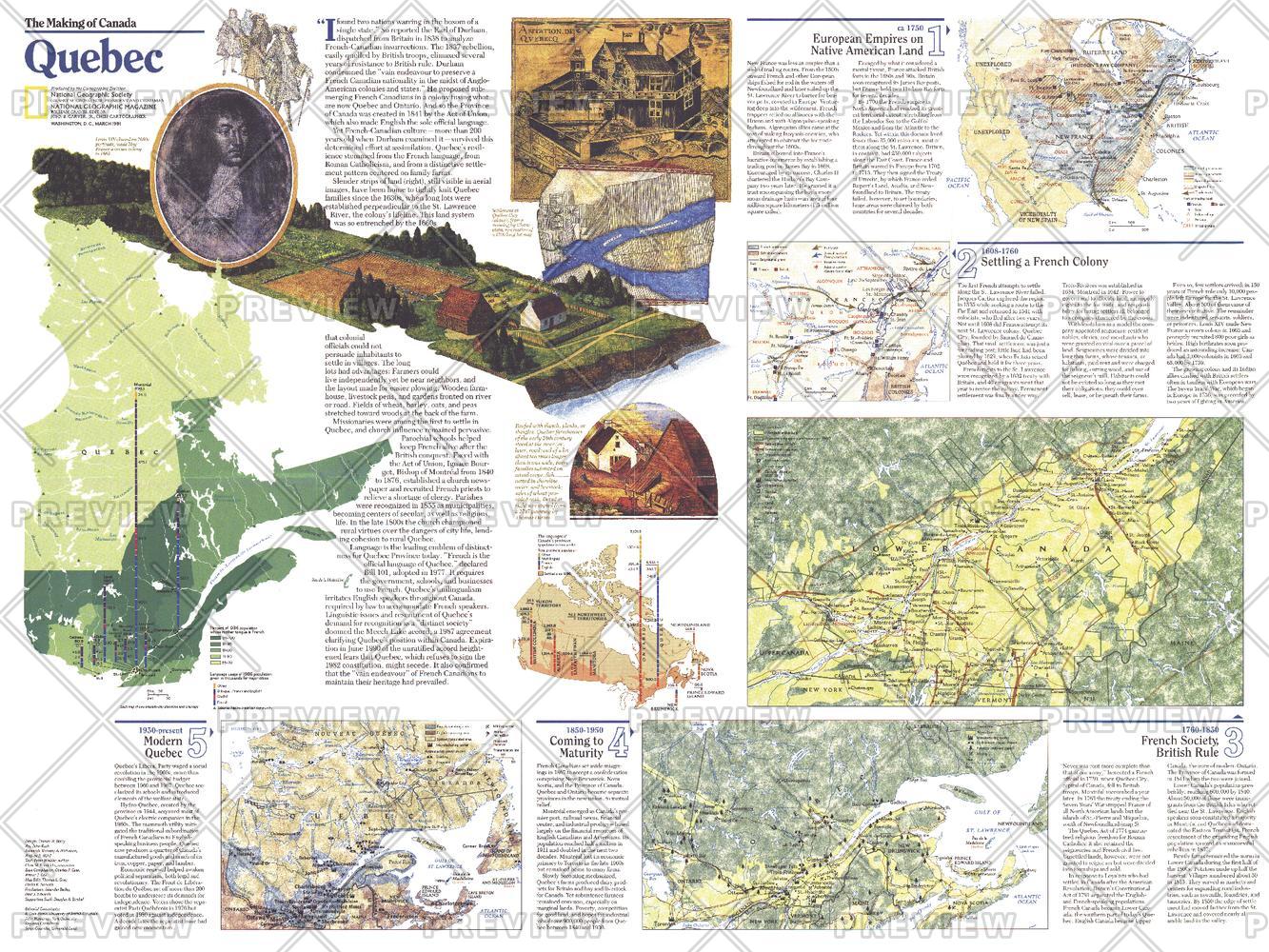