The Korean War was a three-year-long conflict that began in 1950 when communist North Korea, supported by the Soviet Union and China, invaded South Korea which was supported by a U.S.-led coalition of UN forces. The two countries had only been officially divided at the 38th parallel two years prior, at the end of World War II. More than three million casualties and decades later, the two Koreas remain technically at war, locked in an unending stalemate. This engagin map outlines the events of the Korean War from the seeds of strife to the current entrenched division. Published in July 2003 as half of a two&ndash;map set with "The Two Koreas." 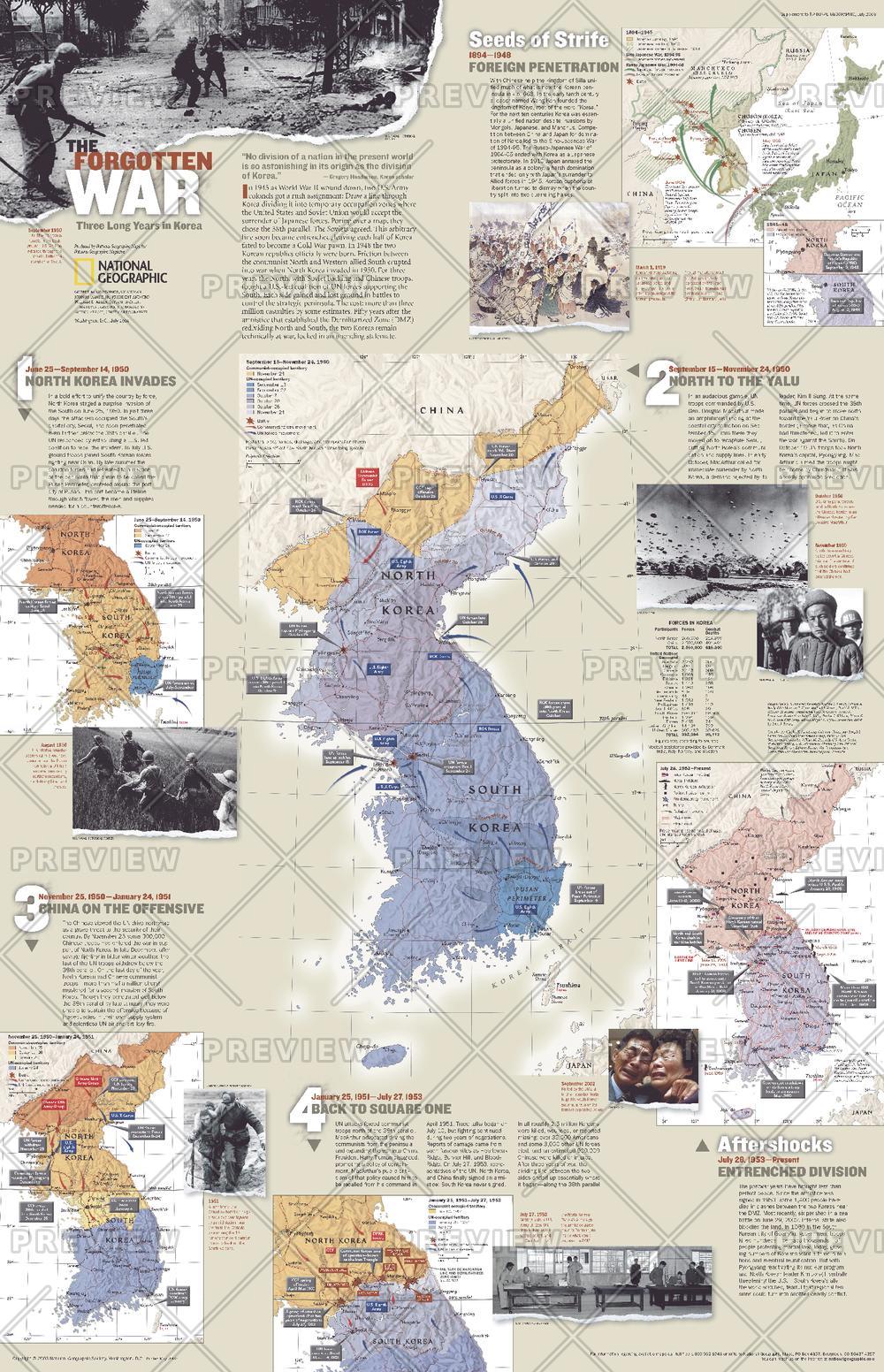