This map of the Soviet Union contains a total of nine individual maps featuring an abundance of historical information about the enormous federation of countries and their diverse peoples. Published in March 1990 as half of a two-map set, these works appeared only twenty-one months before the dismantling of the Soviet Union. This map represents Side Two of the set. 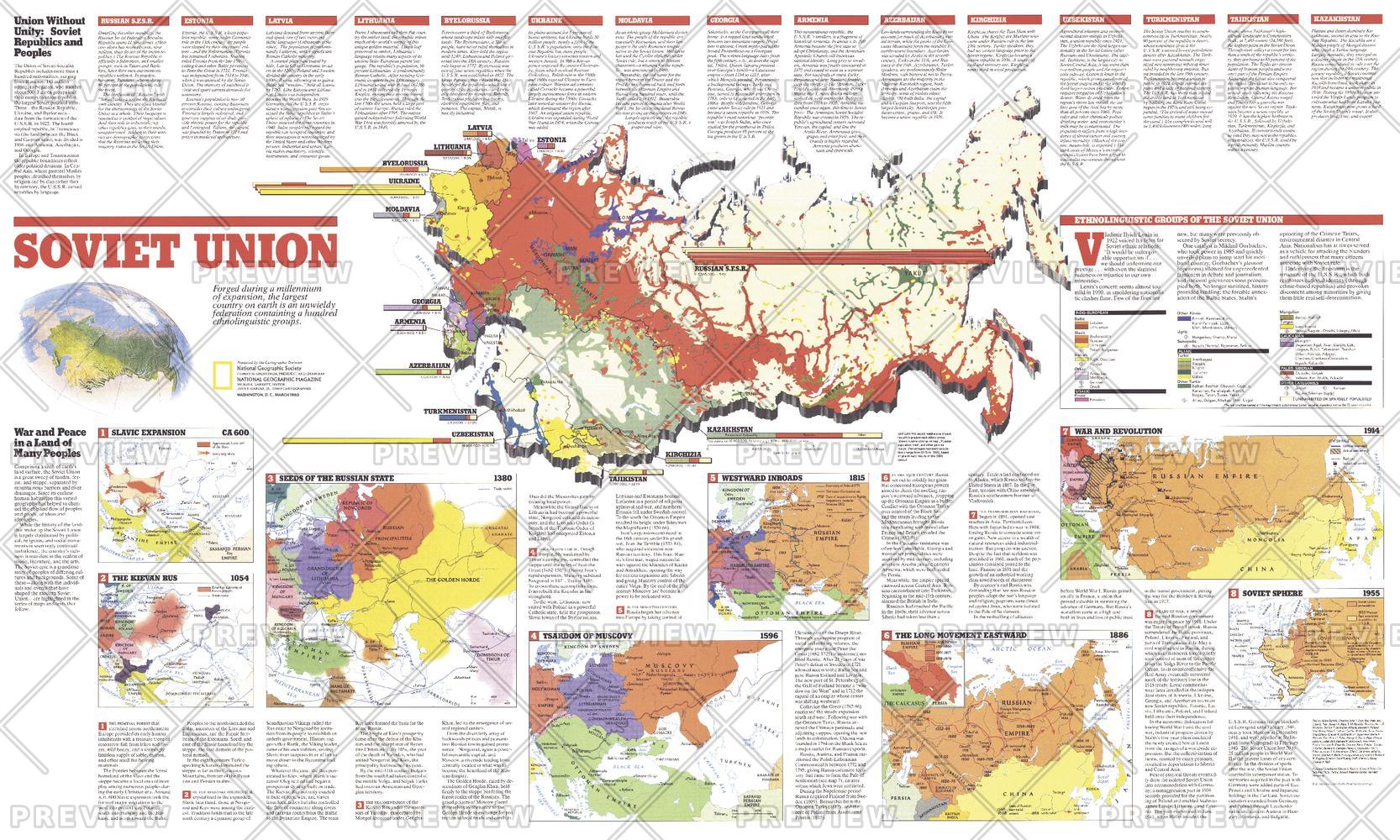