This detailed map of the former Soviet Union offers a fascinating historical snapshot. Published in February 1976 as half of a two&ndash;map set with the "Peoples of the Soviet Union map" and the article "Siberia&apos;s Empire Road, the River Ob." 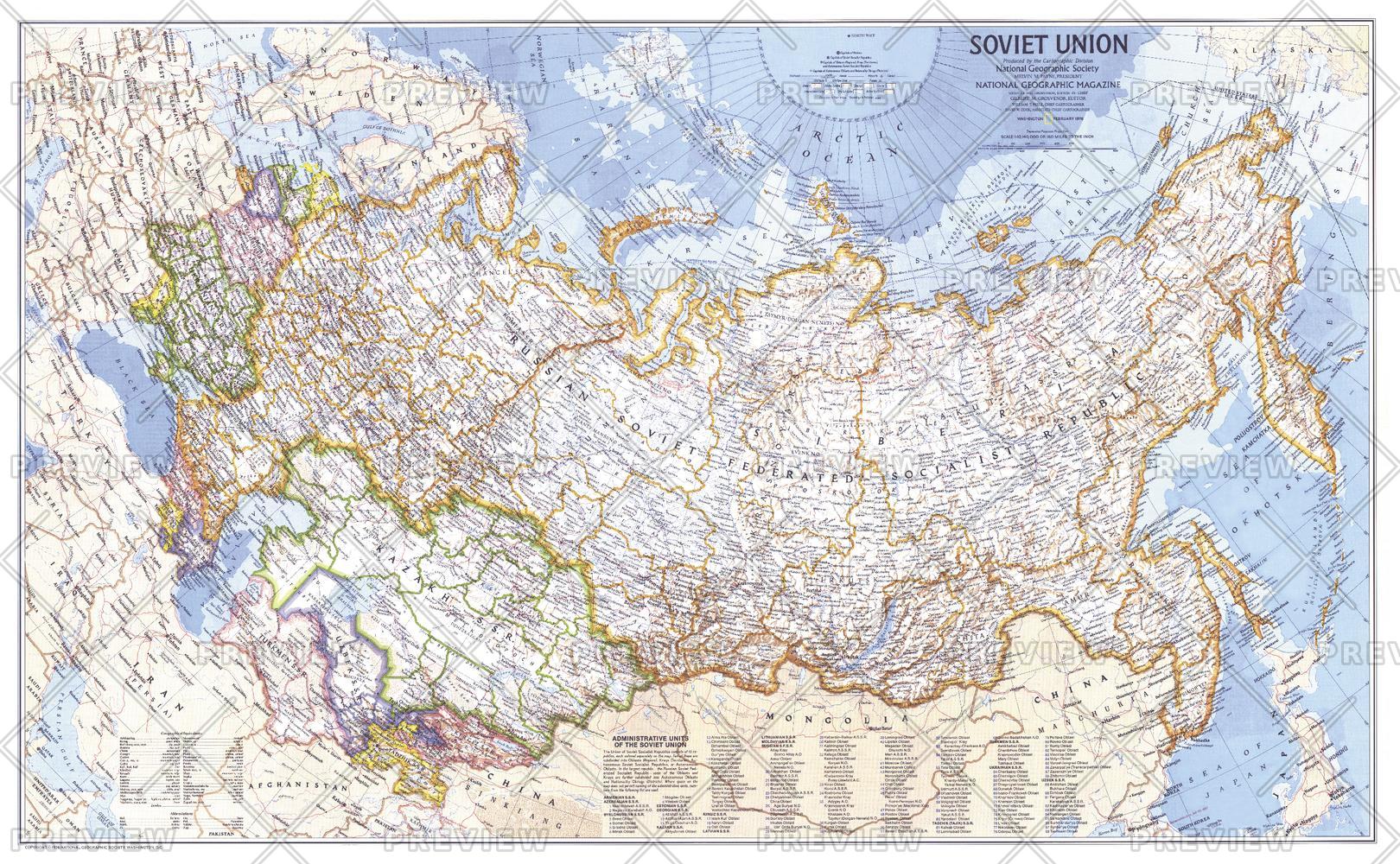