Part of the "Making of America" series, this map of the Southwest represents Side Two in a two-map set. Published in November 1982, its focus is on the enchanting states of Arizona and New Mexico and the surrounding region. Multiple maps illustrate the fluctuations of the region's occupants and their imprint on the land. This map accompanied four articles on the Southwest including "The Anasazi - Riddles in the Ruins." 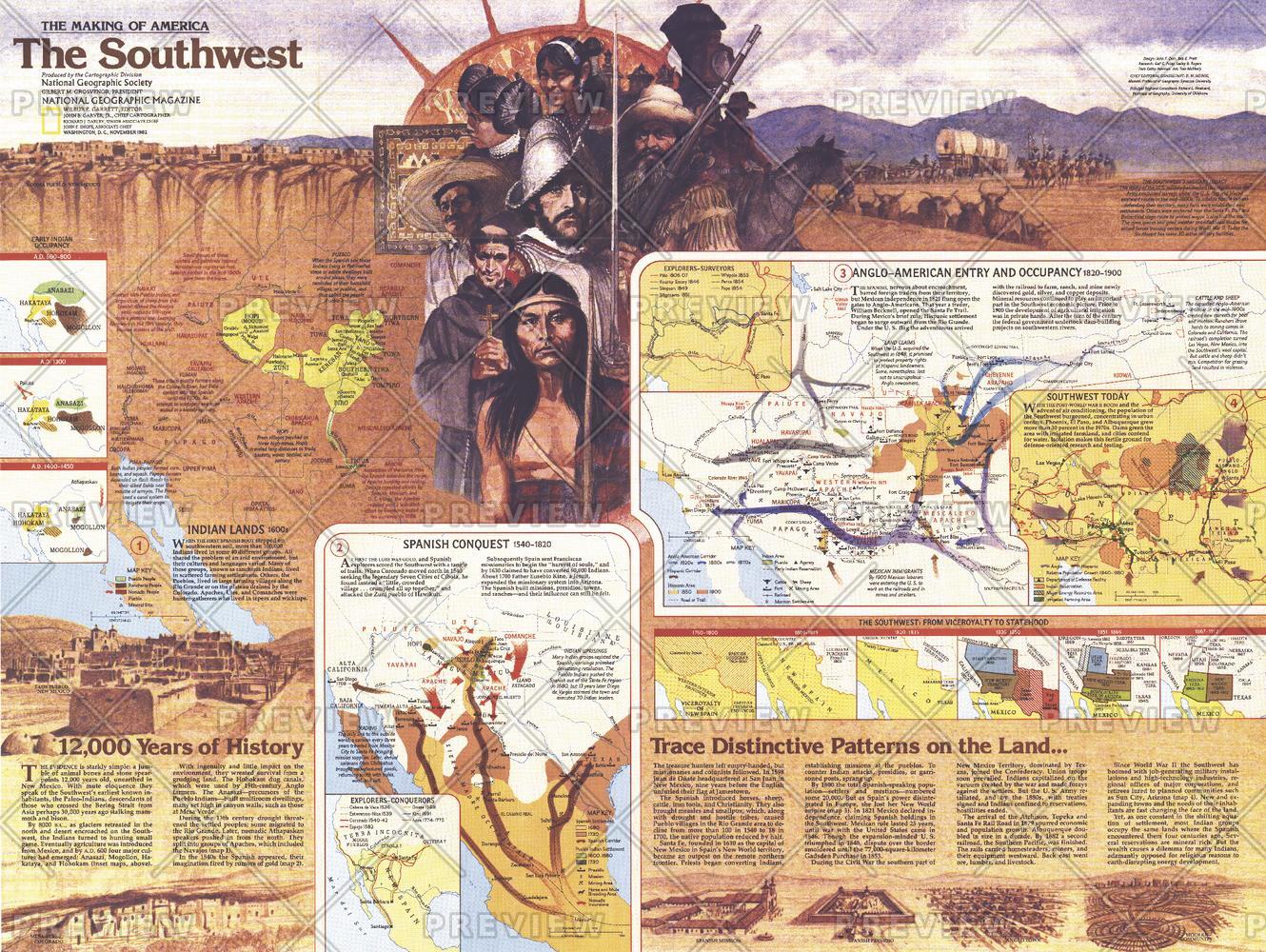