This Southwestern United States map focuses on the states of Arizona and New Mexico, and their immediate neighbors. It contains a wealth of historical notes and points of interest including Indian reservations, ruins, missions, pueblos, and more. Published in November 1982 as part of the "Making of America" series, and a companion to four articles on the region including "The Anasazi - Riddles in the Ruins." 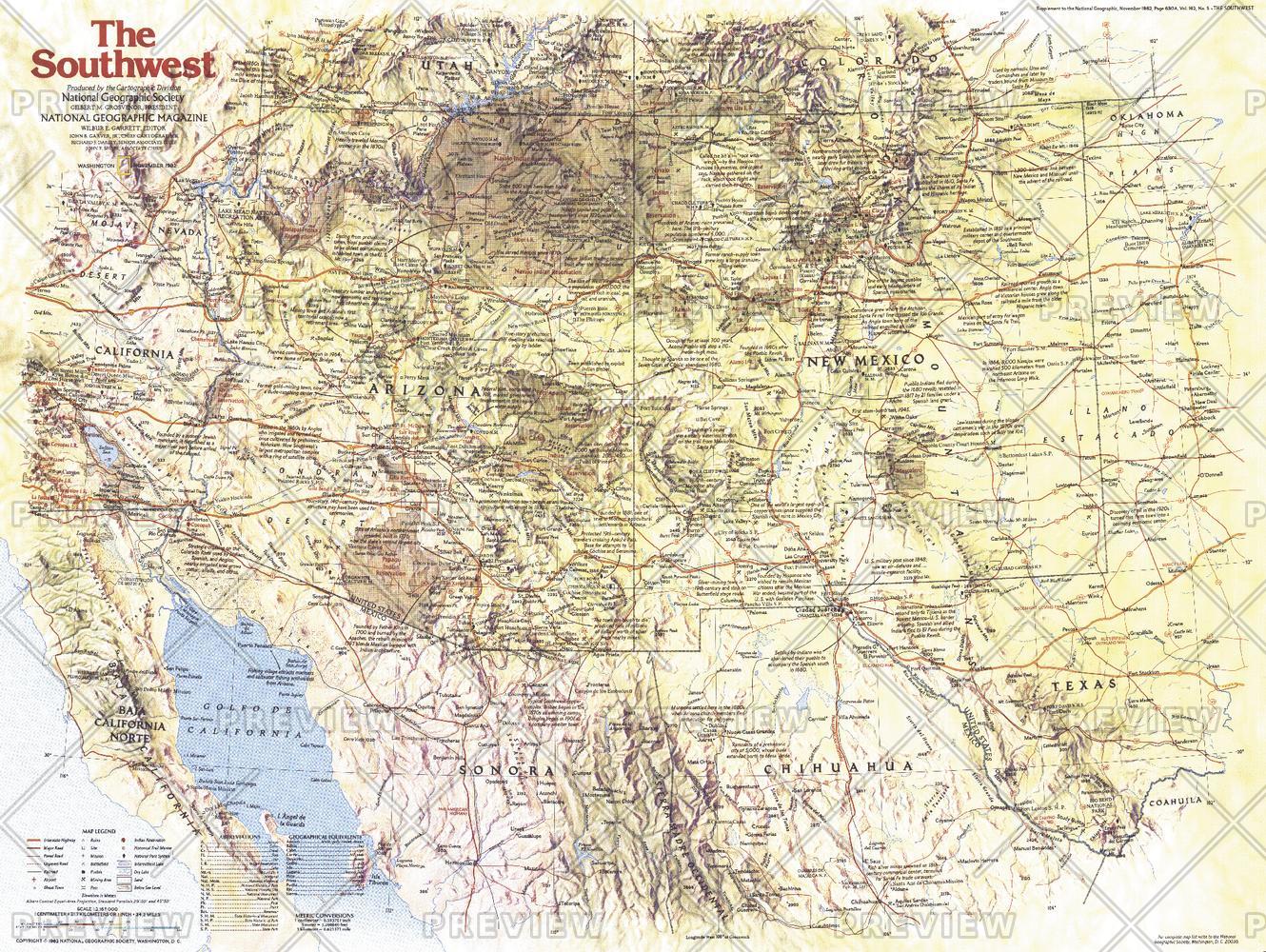