This map of the South Central United States features Texas, Oklahoma, Arkansas, Mississippi, Louisiana, and much of New Mexico. Intercontinental ballistic missile bases make it evident that this map was printed during a particularly strained period of the Cold War. Published in February 1961, it is part of a series of six sectional maps of the United States published between 1958 and 1961. 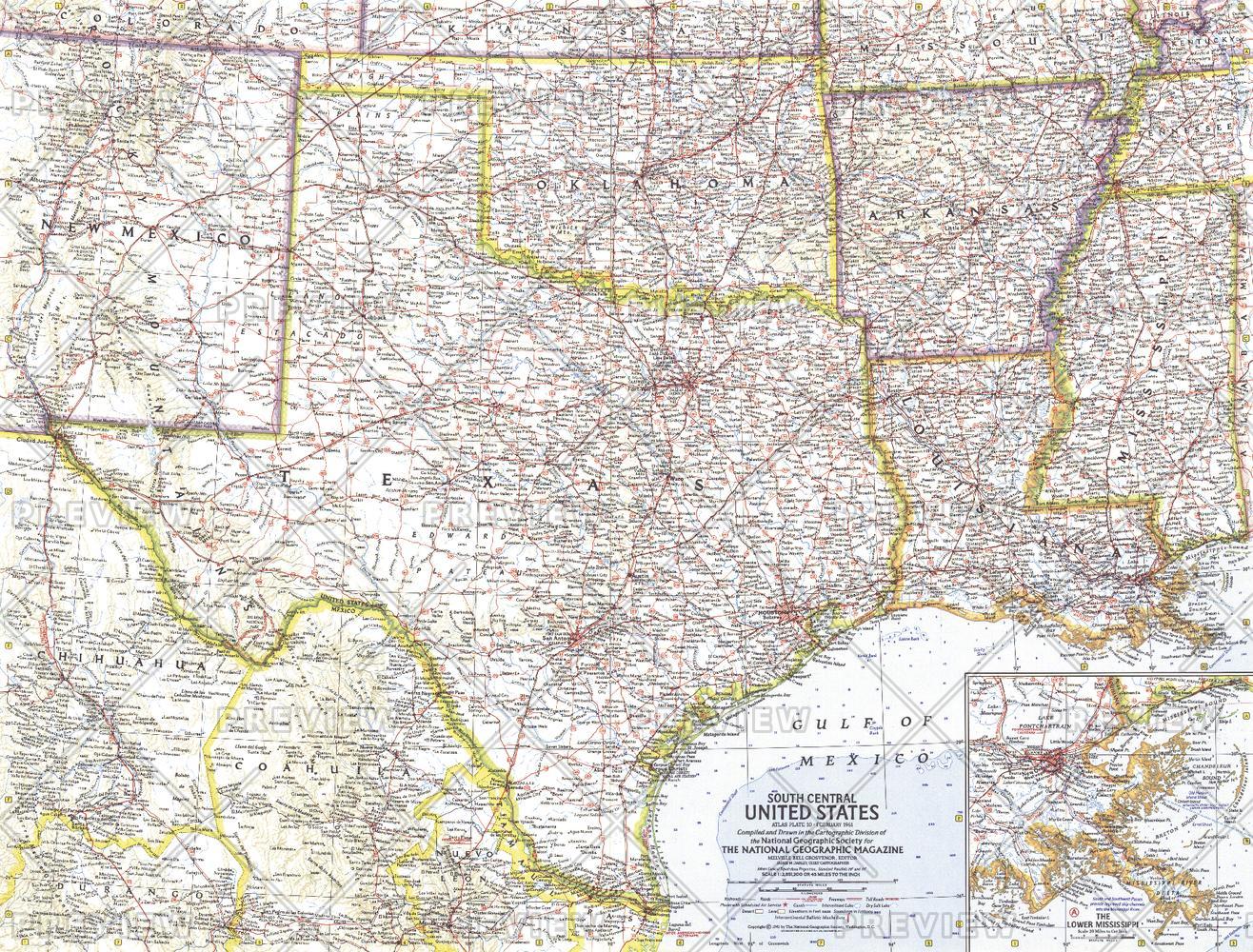