First published in the May, 1965 issue of National Geographic Magazine, this map is a one-of-a-kind resource for any true Shakespeare enthusiast. Steeped in the history of the era, Shakespeare's Britain is infused with symbols and icons that show settings of the plays, towns and abbeys, castles, battlefields, forests, and heaths. Special insets include a panoramic view of Shakespeare's London and an enlarged map of Stratford on Avon. Also included is a table of Shakespeare's Plays with British Settings. 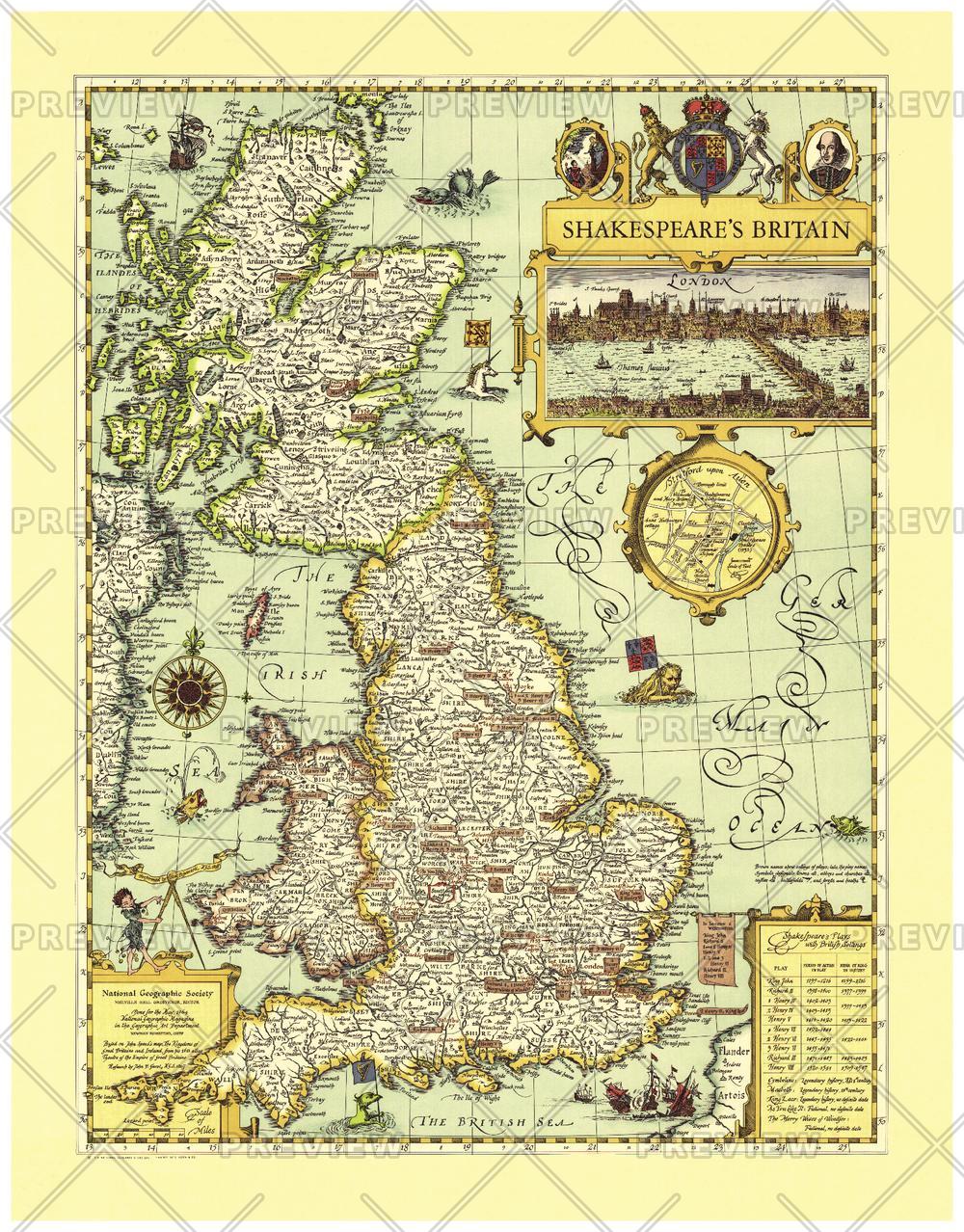