This attractive map of Russia highlights the new landscape of nations that emerged in Europe and Asia following the end of the Cold War and the dissolution of the Soviet Union. Published in March 1993 as half of a two&ndash;map set with "Communism to Capitalism." 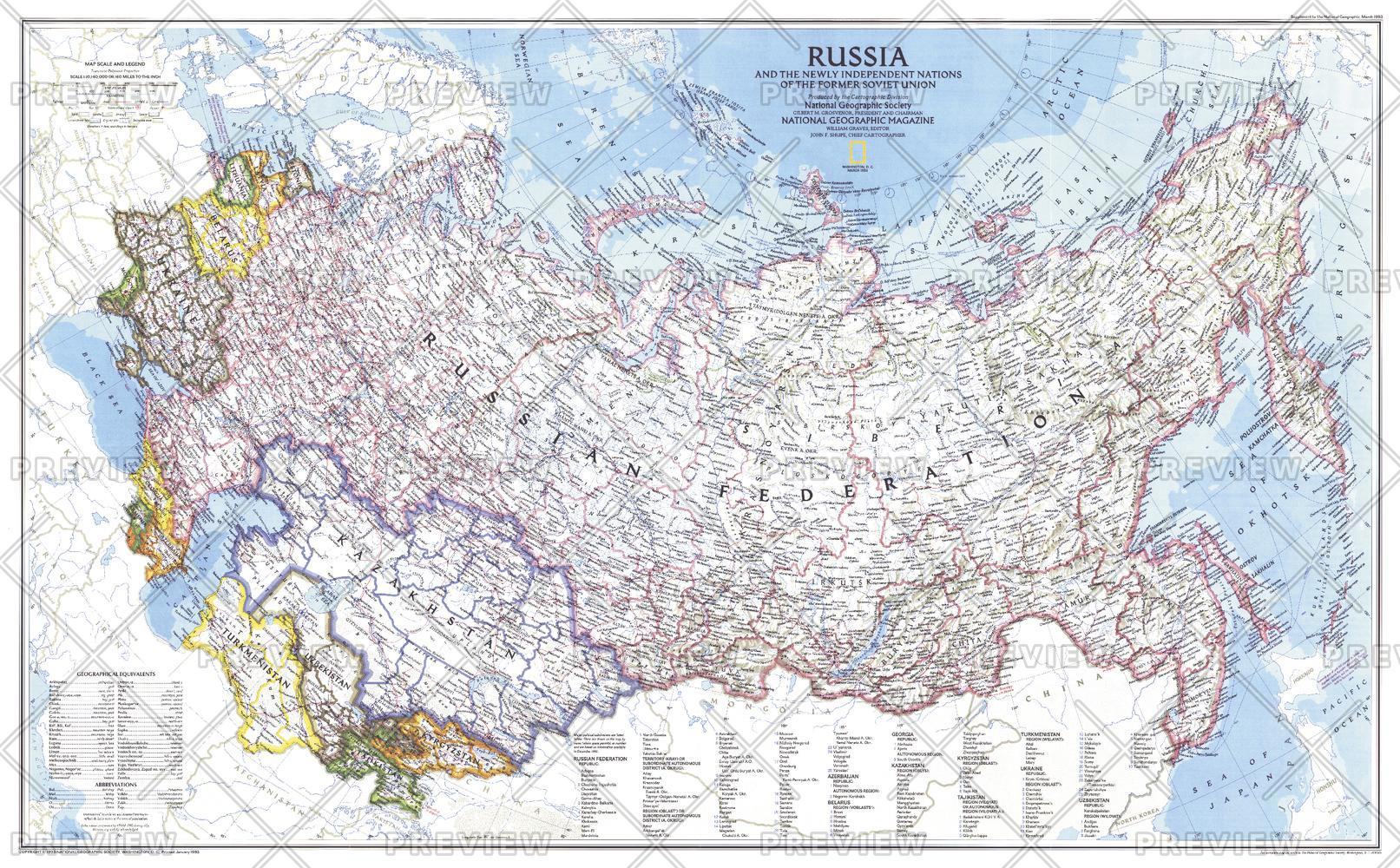