Quebec has evolved from it&apos;s earliest days as a web of fur trading routes to a powerful manufacturing province, thanks to its access to the St. Lawrence River. The French heritage and culture of the region has remained despite attempts at assimilation, making it unique among Canada&apos;s provinces. Published in March 1991 as half of a two&ndash;map set with "The Making of Canada: Quebec.". 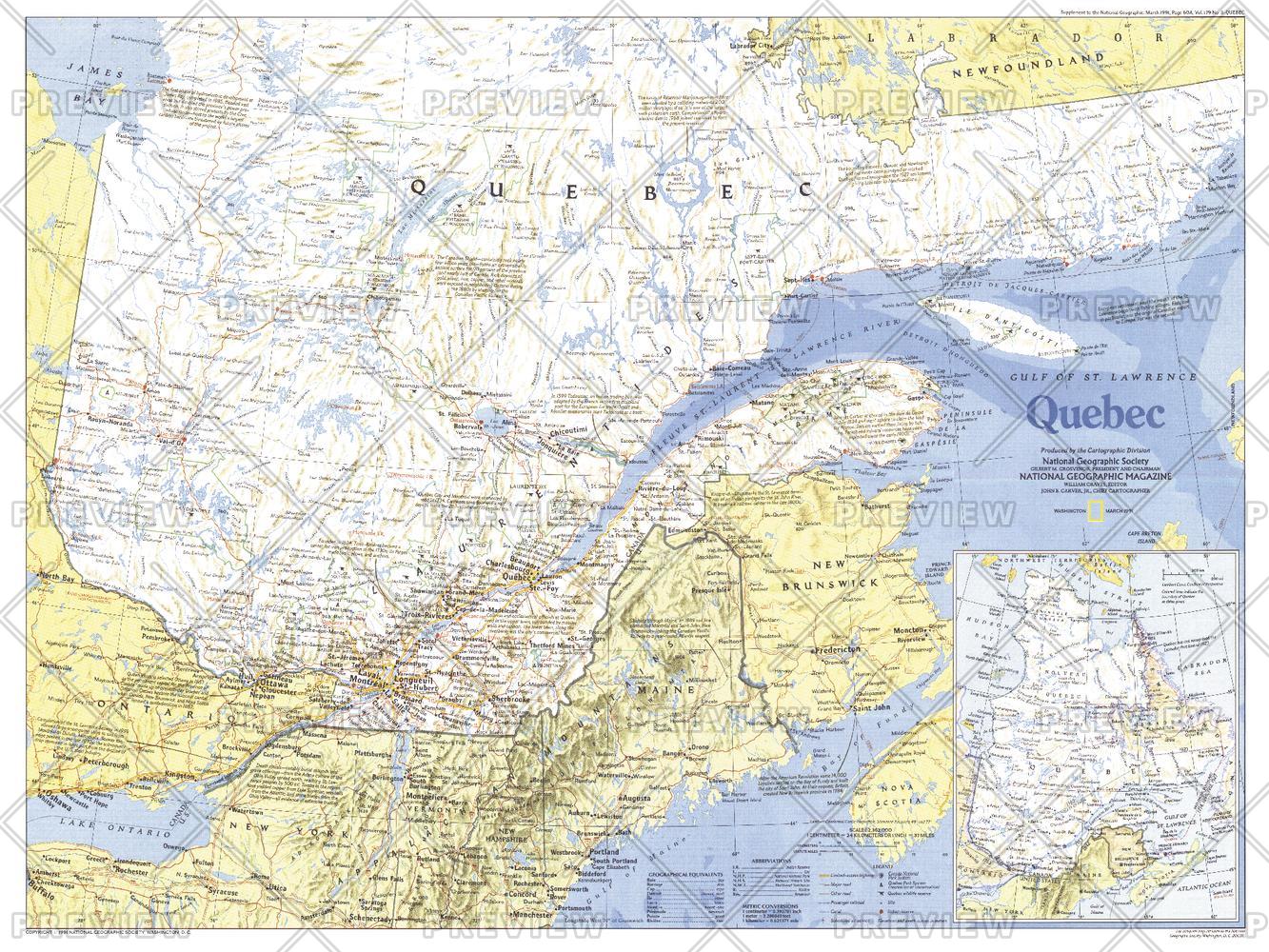