Planet of the Dinosaurs Laurasia - Published 2007

When the supercontient Pangaea separated into two great landmasses, Gondwana in the south and Laurasia in the north, dinosaur populations were divided into two main populations that evolved mostly in isolation from each other until they met their end 65 million years ago. This remarkable poster was published in December 2007 as half of a two-piece set. It features ten of the dinosaurs that roamed Laurasia in the northern hemisphere. More than 550 species of dinosaurs have been named, and scientists estimate that more than a thousand others are waiting to be found. 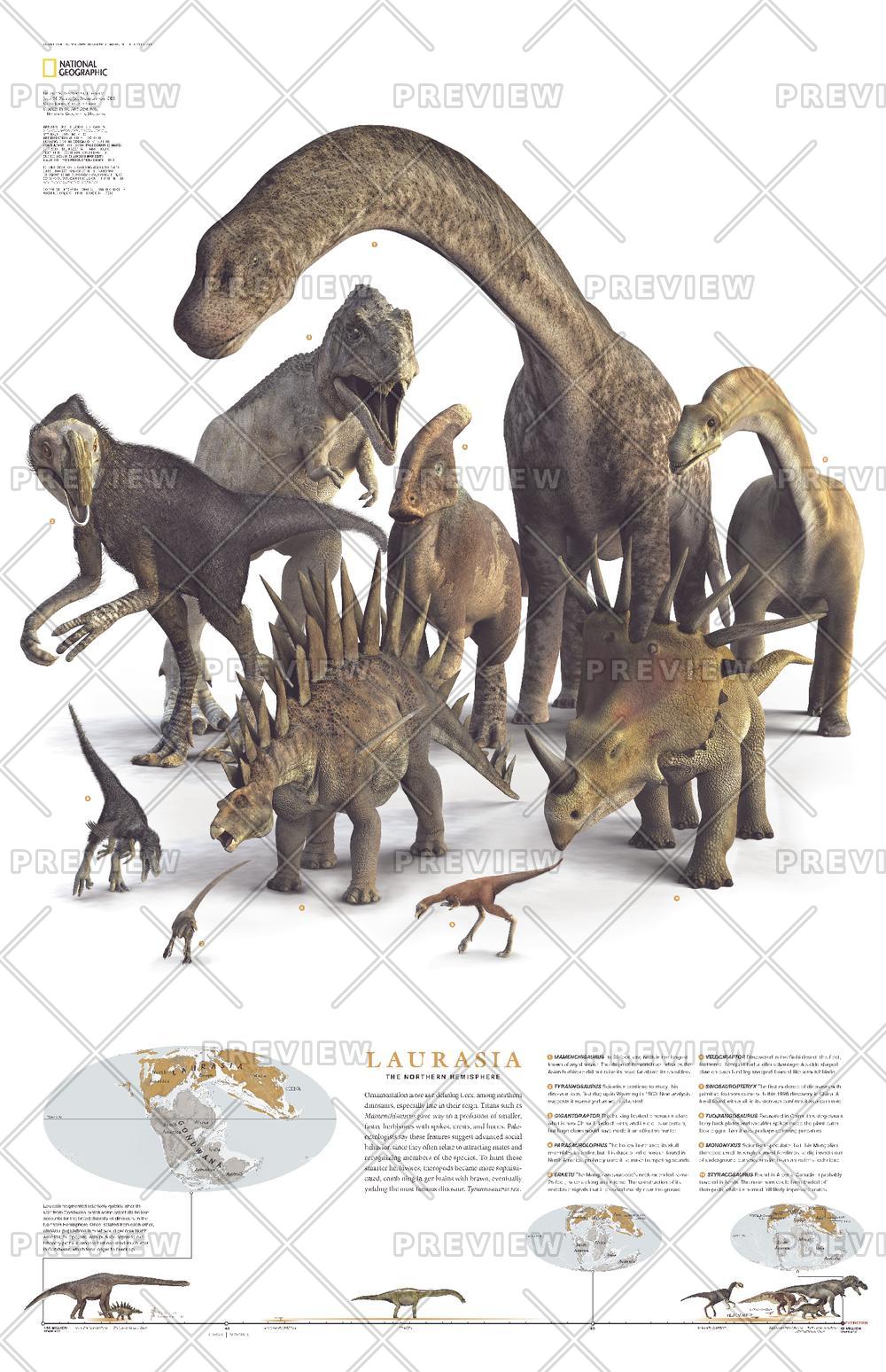