This map of the Ohio Valley region of the United States contains a wealth of historical notes and points of interest, including early frontier settlements such as Harrodsburg, Kentucky and Davy Crockett&apos;s birthplace in Tennessee. Published in December 1985 as part of the "Making of America" series, and as a companion to the article "Daniel Boone, First Hero of the Frontier." 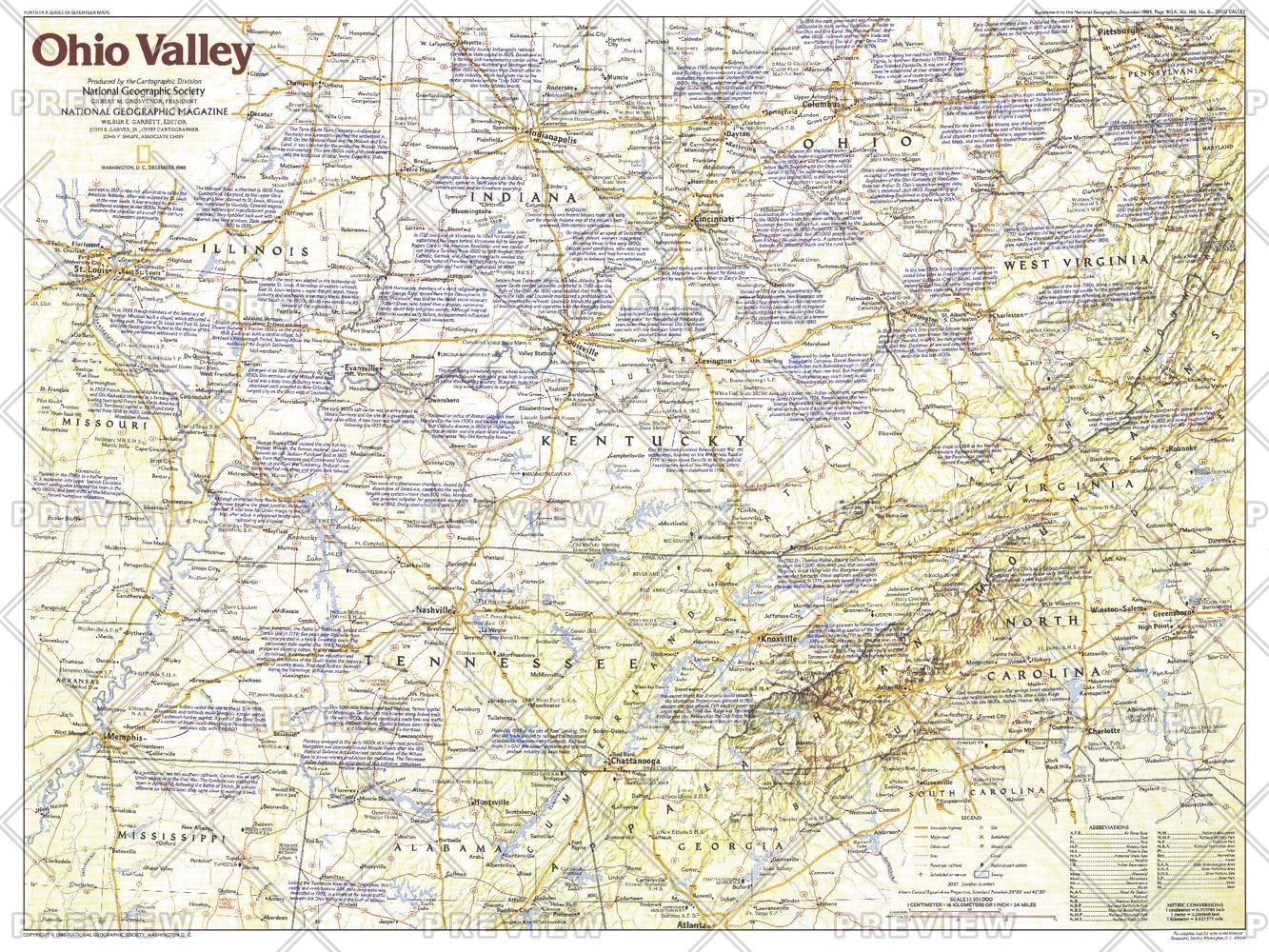