The Northwestern United States and Neighboring Canadian Provinces map is the sixth in a series of sectional maps of the United States dated from 1945 to 1950. Published in June 1950, it provides a thorough look at the states of Washington, Oregon, Idaho, Montana, and Wyoming, as well as the southern portions of British Columbia, Alberta, and Saskatchewan. 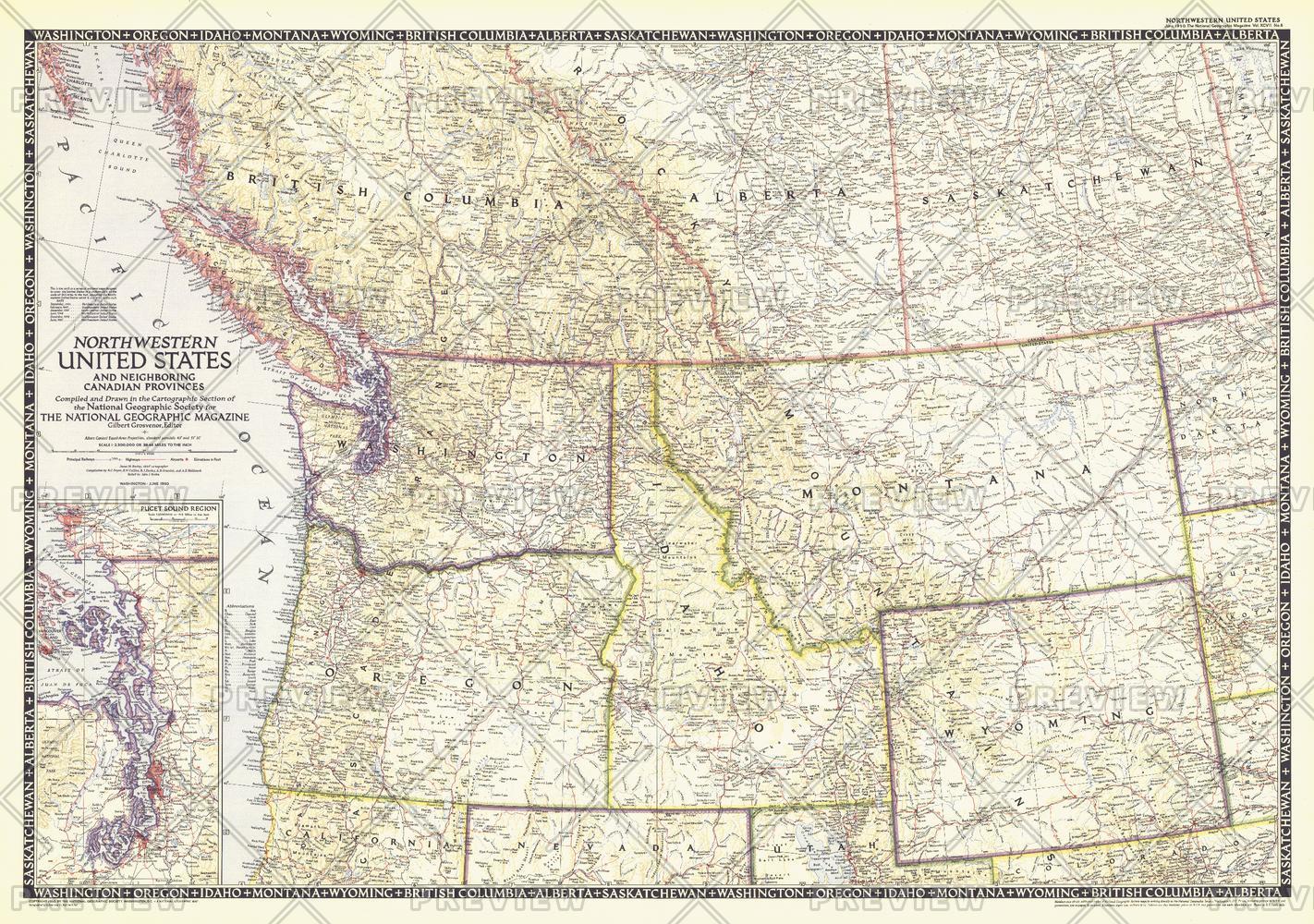