The map of Northwestern United States and Neighboring Canadian Provinces appeared in National Geographic Magazine in June of 1941 and focused on the states of Washington, Oregon, Idaho, Montana, and Wyoming, and the southern portion of the provinces of British Columbia, Alberta, and Saskatchewan. It contains an abundance of notes on historical sites and places of interest as well as the routes of explorers. 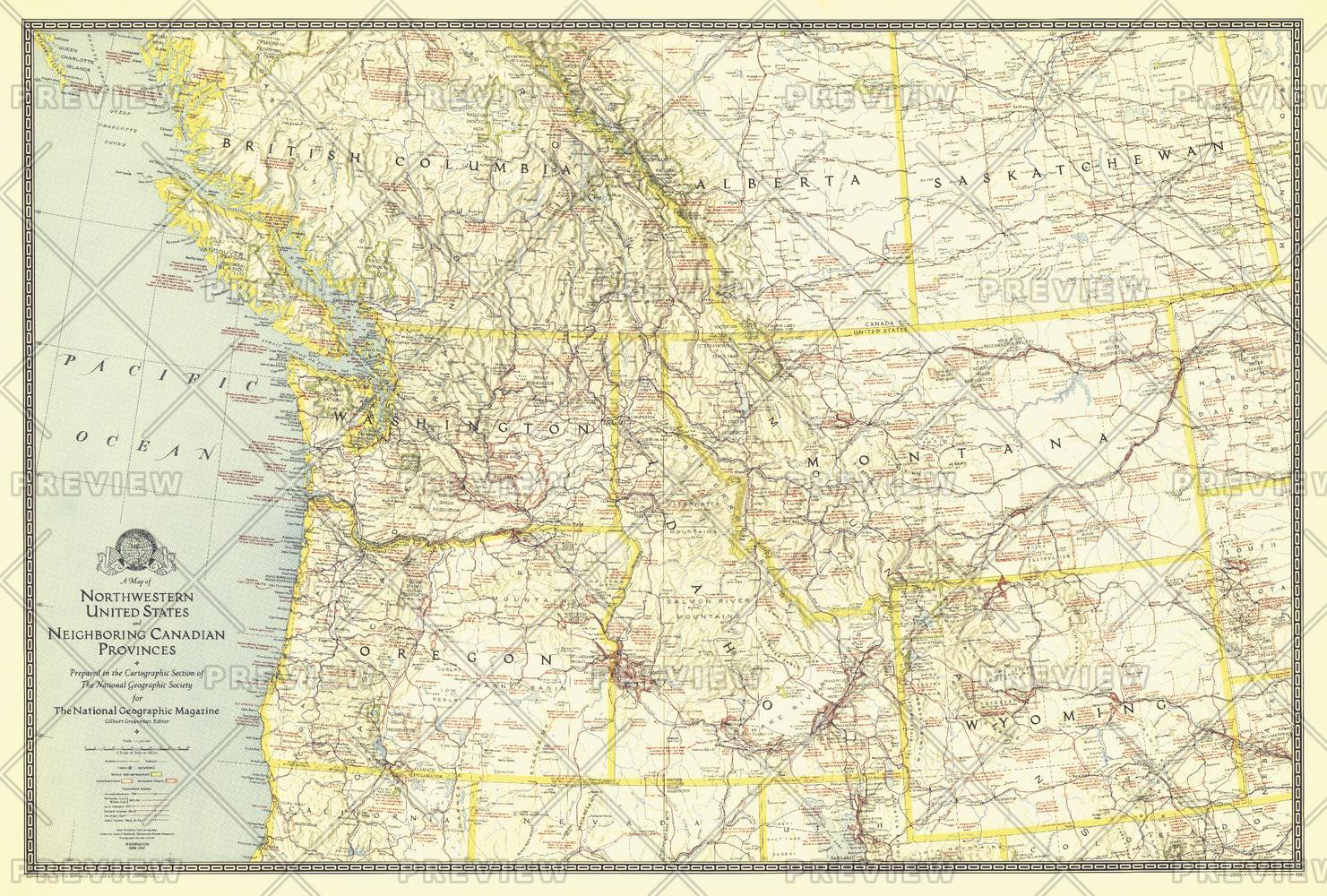