This map of the Northwestern United States features Washington, Oregon, Idaho, Montana, and Wyoming. Intercontinental ballistic missile bases make it evident that this map was printed during a particularly strained period of the Cold War. Published in April 1960, it is part of a series of six sectional maps of the United States published between 1958 and 1961. 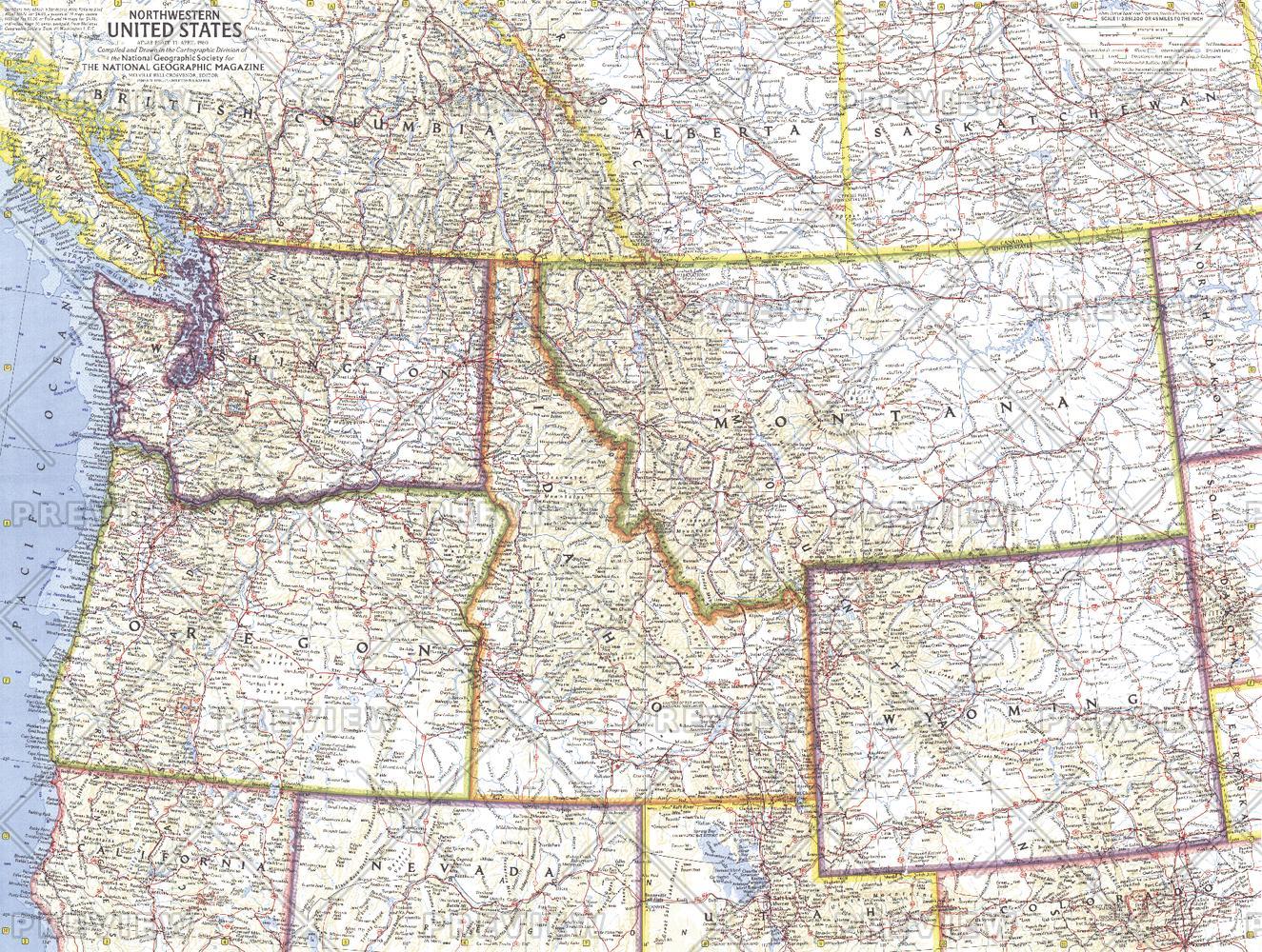