This map of the Northeastern United States features the Great Lakes region and an inset of northern Maine. Includes additional details such as auto ferry routes and notes about the Great Lakes water levels, locks, and canals. Published in April 1959 with the article "New Era on the Great Lakes," it is part of a series of six sectional maps of the United States published between 1958 and 1961. 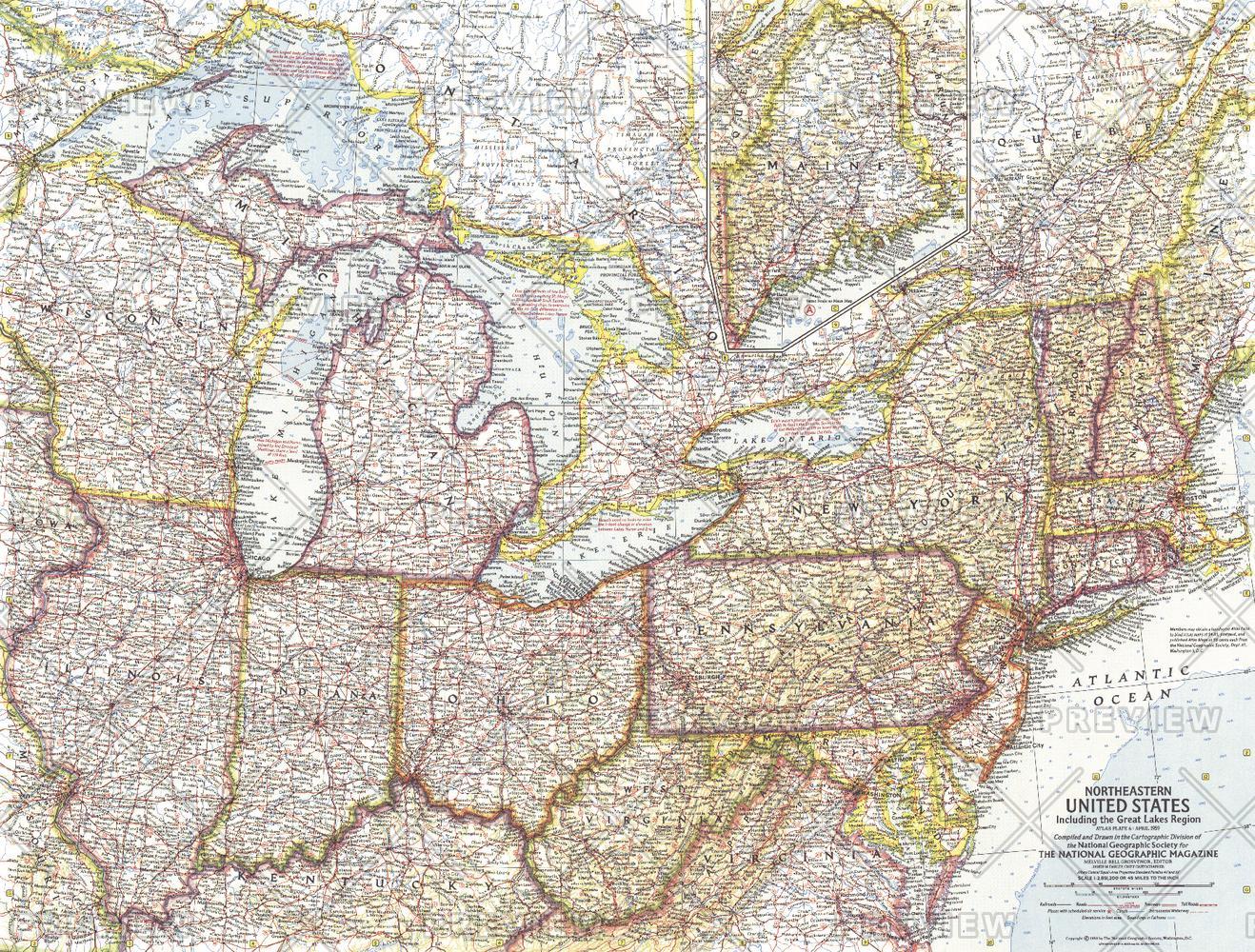